EP 170: Self-Confidence Made Me A Millionaire 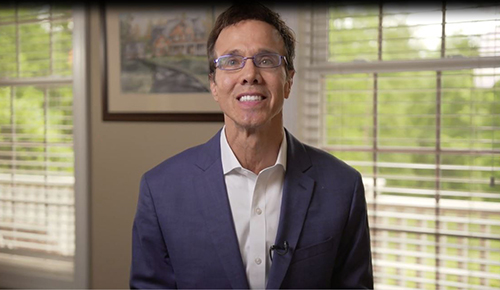 Self-confidence is one of the keys to winning. Sean shares how self confidence made him a millionaire in this podcast.  There is a difference between the delusion of arrogance and recognizing your gifts.

There’s a difference between self-confidence and arrogance and I think we all know that. Just watch Antonio Brown lately and you’ll see where self-confidence is moving to the crazy side of the spectrum. But confidence is so important and whether you’re a Donald Trump liked or hater is irrelevant, but he did have a great quote in the mid-80s. He was on the Phil Donahue Show, and obviously he’s always been brash by nature. Let’s just kinda leave it at that. He’s a big fan of himself, but I love this quote. Somebody from the audience goes, “Man, you’re really filled with yourself” or something to that degree and he goes…

You show me a man with no self-confidence, and I’ll show you a loser every time.

I personally have used it throughout my lifetime to create a lot of wins. I’m just looking back, I remember in high school I wanted to get a college scholarship and I remember calling athletic departments and speaking with wrestling coaches at the time and telling them, hey you want to recruit me.

I was from a smaller school and my coach wasn’t really promoting us, so basically they were never going to find us. And I have to tell them. Hey, listen, I’m telling you, you’re going to want me. And I put my name on the radar with them and I backed it up. I was a state champion my senior year and got a division one scholarship.

Getting that First Job

So, I called their CEO and I offered to work for 90 days for free, and he loved that bravado. I said …I’ll work for you for free. I won’t cost you a penny. And at the end of 90 days, you decide what you think I’m worth. If I’m as good as I think I’m going to be for you, it’s going to be a win for you and you’re going to hire me. If not, I cost you nothing.

Well, he liked me and within three weeks and put me on salary within three weeks. Ninety days later, he paid me a really good amount of money and that person I had been friends until passed away just a few years ago. My direct supervisor is one of my closest friends and his son actually works for me in one of my companies.

I knew I could do the job I know if I had the opportunity. I could do the job, then I was moving on in careers and I wanted to start a magazine, so I needed a kind of a very flexible job. I’ve told this story before but I like it so I’m going to say it again.

Negotiating a Better Deal for Myself

Car Sales. I think at the time if I’m never going to sell anything I might as well sell cars. To me, it looked kind of easy.

I basically would go to car dealerships, before I was going to interview, and I asked them which days and what time of days are cars sold. And they would tell me the days and times they didn’t sell cars. So I went and I interviewed to be a car salesman and I negotiated the best schedule in the world. I would come at 3 o’clock and when I sold a car I got to leave.

They thought that was hysterical, because evidently you only sell like four or five cars a month, so they quickly agreed to that. They’re like, “Okay great, yeah. If you sell one, you can leave”. And I said, Oh I don’t come to meetings, but you can brief me on them when I do come in at 3 o’clock and I will work every Saturday. See, most people wanted to get off on Saturdays, but when I did the interviewed other dealerships, they told me that’s the best day to sell cars, so they basically gave me everything I wanted and I worked there for one month and made enough seed money to start my magazine. I was their top salesman and I asked them Why did you hire me?

They said, “Hey we knew you were either full of sh**, or we’d all be working for you”. Two of those people came to work for me later! CONFIDENCE!

I left nearly every night around 7:30 by the time I closed a deal. I never stayed until closing.

When I launched my direct mail magazine, my sales pitch was really simple. I didn’t have any competition in the magazine business, because it’s kind of a smaller town. So I remember going to Dominos, pizza and they were in litigation with the guy who ran the magazine before me. “So why should we buy from you?”

I said, Well this is what’s going to happen. I’m going to succeed at this, and if you don’t buy it from me, I’m going to sell an ad to Papa Johns, and they’re going to be in my magazine forever. I will have a reputable pizza delivery company, in this magazine. Now you just need to make a choice. You want to let go with whatever’s happened in the past and buy from me.

And he looked at me and he said, “You know what, I got a funny feeling. You’re going to succeed at this”

I’ve used that kind of confidence with countless other sales calls I made. I would tell them, I’m here today because I want to put you in the magazine under that category, but if not, I assure you, when this magazine comes out, I will have your competitor in there. The magazine ended up going great. It was in 23 cities, had 58 advertisers in it, about 95% renewals, and it made me a fortune.

Another example. I interviewed for Thomas Register, an industrial buying guide. I was going to be an internet consultant and I didn’t even have an email at the time. There was never a least-qualified human being for this job than I. My friend was going to get the job. His brother was doing it in another state. This is one of the jobs you get by death or default. Literally nobody gives up this position. The person in our area was like sixty-eight and was retiring and they were going to give it to my friend, who was the brother of somebody in another state, but he had to memorize the script. It was four pages and every time it got closer to this interview, I would say to him, I will pay for that interview if you give it up.

He tells me I’m crazy. I said no. He was going to get paid $4k a month and it appealed to me to get $4k a month for the easiest job in the world and have the magazine. I told him I would pay him $10k for the interview.

Needless to say about the night before he was supposed to fly out to go to the interview in Philadelphia, he recognized that he could not memorize the script he needed to. He didn’t have the self-discipline to do it or whatever. He called me up on the phone and asked if I would still pay him that $10k and I said absolutely, I will give you the $10k assuming I get the job.

Well, the next day he calls them tells them “Hey I can’t memorize it” and recommends me. Needless to say, I go out there and I get the job. It was the easiest money I ever made in my life that, along with the magazine. I never think you should quit one job to get another job. You just create more jobs and make more money.

So when I interviewed people, they never looked at me and said to themselves, “I need to call him over to a job site, he’s going to be a lot of help!”.

Nobody thought that, but I told them, I understand marketing and I will create more work that you presently can create by yourself. I’m very organized, and I’m going to create a structure where you don’t have to do the things you’re not good at, you just let us run the infrastructure and all you have to do is be a contractor.

I was in my 20s pulling this off with 50-year-old contractors. Well, that business is turned into a multi, multi, multi-million dollar business.