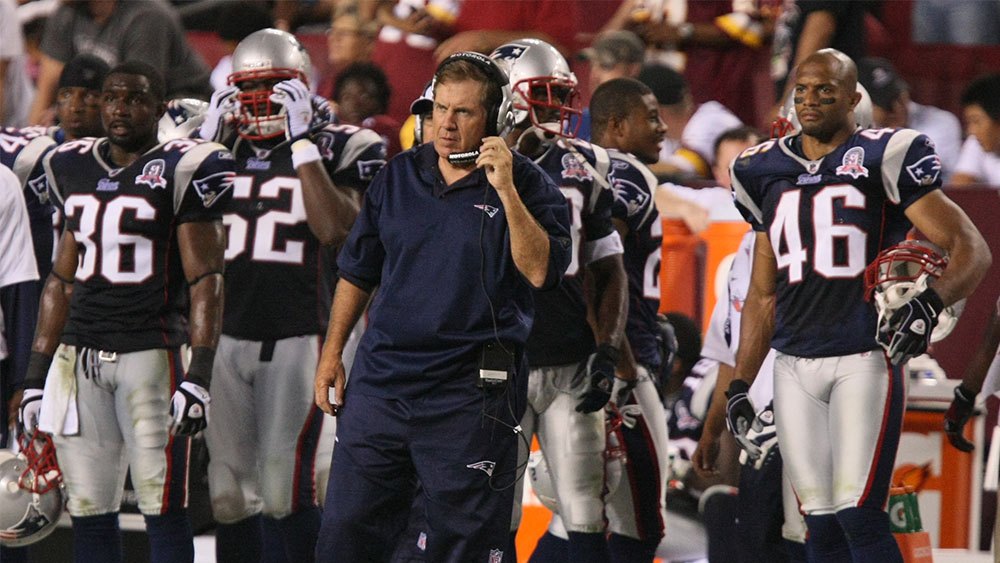 How do the Patriots always have the best quarterbacks? That is because Bill Belichick looks for people, not talent. In your business, look beyond what a person can produce for your company and look at the person and their intangibles and other skills.

I’m a huge football fan, but sadly my team is the Washington Redskins. We have no quarterback and we haven’t had a quarterback for decades.

Well, we had a brief hint of a quarterback for one year. RG3 did have a great rookie year, and then he decided to run into a lot of linebackers at a very fast speed and that didn’t work out well for him.

Then we had Kurt Cousins and for some reason, we thought he wouldn’t be good enough and yet for his last four on the Minnesota Vikings he’s got the higher highest passing rating. But somehow we didn’t think he would be a good fit.

Your Ability to Recognize Talent is Critical

See, the quarterback is like the one unicorn that nobody can find. It’s the leprechaun hidden in the woods. Everybody wants to find it but nobody can locate it.

The Secret to the Success of Bill Belichick

This is the part that just absolutely fascinates me: Bill Belichick, the coach of the Patriots: Right now, almost 10% of all the starting quarterbacks in the league can basically credit their career to him. Tom Brady in the seventh round will go down as the greatest quarterback of all time.

Then, starting for the 8-0 San Francisco 49ers is Jimmy Garoppolo. Not a first-round pick but taken by the Patriots and mentored by Bill Belichick. Traded from the Patriots.

Look at the Indianapolis Colts. They lost Andrew Luck. And now they have Jacoby Brissett. He was traded from the Patriots.

That’s three starting QBs in the league. I think the record between all three of them right now is 19 and 1! How is it that when all these other teams are searching for LeBron, Bill Belichick finds the best ones?

And none of them that I mentioned were a top draft choice. None of them were drafted in the first round but they make up almost 10% of the starting of the quarterbacks in the NFL.

I asked my neighbor, who was a college football coach and coached as an assistant at some of the best, most prestigious programs in the country, “What is it about Bill Belichick…how does he do it?”

He responded like he and Bill are friends. He says, “Well Bill drafts people, not talent.”

He drafts people versus talent.

And his point is, is that there’s a quality that he looks for. Everybody can throw the ball at that level. Any quarterback coming out of an elite college program can throw all these passes. That’s the 80%, that’s required. Obviously, you got a few outliers that can throw the ball country mile, but Tom Brady doesn’t have the strongest arm. Peyton Manning didn’t have the strongest arm. That’s not necessarily what they need.

The point is that they can all throw the football. It’s the personal intangibles that these quarterbacks have that make them great and will make them great. Belichick understands the quarterback position requires you to be smart. Have you ever seen a professional offensive playbook? It’s a massive notebook. Defenses are so fast. You have to be able to think very quickly. They come up to the line and they change their scheme. You have to be able to call an audible and change the play based on the coverages that you’re presented. Bill understands this. Bill probably views the athleticism as the least of the qualities they need to have.

He looks for an individual that can handle the pressure of the media and have that calm personality. That inner self-confidence. He also knows that they need to be a leader in the locker room and not a culture killer.

That’s what he’s looking for in a draft choice. He may find them in the fifth or seventh round when all these other teams are drafting athletes with the first pick in the draft.

So why is it the Bill Belichick can draft three people, not in the first round, all in winning football programs and the rest of the teams just can’t find them.

Well, they might wanna consider drafting people versus talent. And I would encourage you, as a business owner, to develop a profile of the best employees you’ve ever had.

That’s what Bill Belichick is doing. What is the profile of quarterback look like that I have seen succeed year-in and year-out? He knows what that person looks like and he knows their qualities.

And that’s why he was so quick to cut ties with Antonio Brown. The second he knew that wasn’t the right fit, he was gone.

So I encourage you to build a great company and create a great culture. Look at the people you’re bringing into your organization. It’s not all about the talent and what they can produce. Bring in great people.