Ep 194: What to do with Regime Change 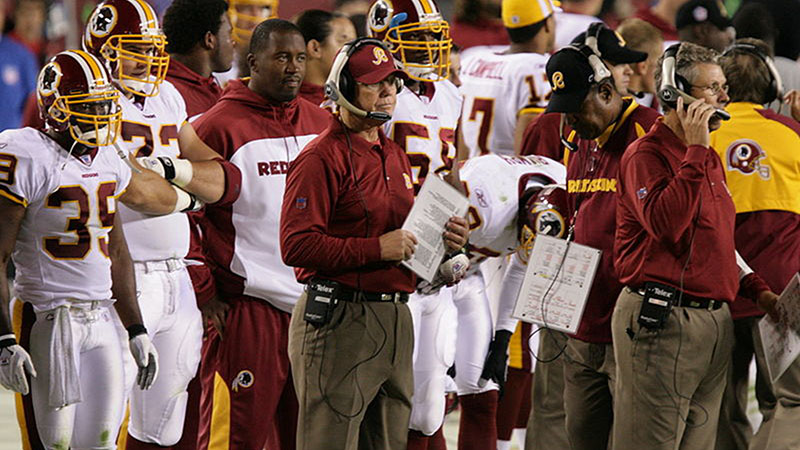 If you listen to the podcast, you know how much I love football! Today we are talking about Regime Change. I will talk about regime changes in football and how we see them in business and how and what to do in those situations.

What to Learn from Regime Change

Anyone who reads or follows my teaching kind of know that I’m a big football fan. Whether it’s college or professional I’m hooked. But I can tell you what draws my attention the most over the last decade has been coaching changes. The hiring process fascinates me and I can predict failure at an alarmingly high rate.

Yes, Athletic Directors and GMs. You may wanna give me a call.

The Business of Sports

The hiring process is not much different than what I find in the business world.

Remember I’ve told you, if you wanna get something done, you hire someone who already has a track record of achieving what you want. This will always save you money. The people you hire capable of accomplishing what it is you want are outliers. They’re pre-Madonna’s, mercenaries and you better learn to live with it. The example of this is the Redskins, and the numerous times we had the right person with the right track record of success and they quickly turn things around, but leadership above them could not co-exist. The Dallas Cowboys, who coming off of two back-to-back super bowl wins, parted with their coach Jimmy Johnson. Why? because the owner’s ego could not exist alongside Johnson’s.

Jimmy is a pre-Madonna. He’s a mercenary. He is an outlier and you gotta learn to co-exist with them.

However, my experience is, it takes unusually gifted people to accomplish the unusually difficult so you have to go all in with them.

It’s kind of like a great chef. You don’t offer to help cook the meal. You just get the groceries, then you’ll leave them alone and then you enjoy the meal they cook.

Changing the Strategy But Not the Leadership

Businesses do the exact same thing when they want to make a dramatic change, or they think they do. First thing they do is they change the strategy but not the leadership. They’re gonna change the culture. I’m a big fan of culture but that’s only one component. Or they’re gonna change the offensive coordinator, because they’re not scoring enough and go to a spread offense.

Ownership Begins to Mettle Back In

They make a change and they’re excited about it, but then the ownership starts meddling back in. You need to understand that you need to be a facilitator and a cheer leader, but instead you mettle yourself back into it.

They Reach for the New Shiny Object

Kliff Kingsbury gets let go from Texas Tech, but within three months he’s hired by an NFL team. He was the new shiny object.

What you find is they have a scheme, or a strategy, but they can never put hole puzzle together, so they reach for the new shiny object.

Attempt to Do a Partial Change

This is where you keep some of the pieces in place, but you don’t do a complete overhaul and this ends up being a mistake.

Going  Back to the Old Way of Things

Going back to what you remember or thinks or works. I see that the Dallas Cowboys are considering hiring Marvin Lewis. Now listen, he’s a fantastic defensive mind but this is a fellow who is 0 – 7 in playoff games, and they’re seriously considering hiring him. That’s called going back to the old. But why? Because it makes you feel very comfortable.

To all my general managers and athletic directors out there, Let me save you some money, time and heartache.

The latter is finding the person who can be great before everyone else does. This would be like a Dabo Swinney.

They’re outliers. When you meet this person you know they have the X factor. They’re the rock star. You just need to give them the stage.

They brought in Marty Schottenheimer in 2001. he turns them around right away. They go on a six-game winning streak, but the ownership cannot co-exist. So they let Marty go, then they bring on Mike Shanahan. He turns it around as well, then they bring in Joe Gibbs, and Joe gets the ship turned around as well. Gibbs took them to playoffs two out of four years.

But look at the three that did well. Marty was successful with the Kansas City Chiefs. He’s always been successful.

And then you have your outliers and that’s a Dabo Swinney. In college football, he’s doing a fantastic job and there’s a few others. Look at Arizona State, fantastic hire in Herman Edwards.

But look at all the teams that tried to do it the other way. Tremendous, tremendous failures.

So, to my business owners, I know I’m kind of lamenting that football season is almost over and my team is horrible. So this is the only thing that I can draw from it.

If your organization needs change, spend the money, hire someone who has experienced and skill to do what it is you need done. When you sit down and you’re interviewing a talented person, a person with the it-factor, you’ve got to be able to recognize it and identify it.

My neighbor was an assistant coach at a high level football program, and we’re always talking about coaches. And he said, “I knew Dabo Sweeney had it”, I said, “Well what do you mean? He said, “I went to one of their camps” (he coached at the University of Virginia), so he went to one of the camps that was down at Clemson and he said that in the middle of July or  early August, it was 100-something degrees and Dabo is the loudest guy out there running around a million miles an hour getting after his players. His level of energy was like no one else anywhere there. He said, “You just knew he had the it-factor”.

So, again, my advice to you: