Ep 205: Why I rented my teenager a Lambo 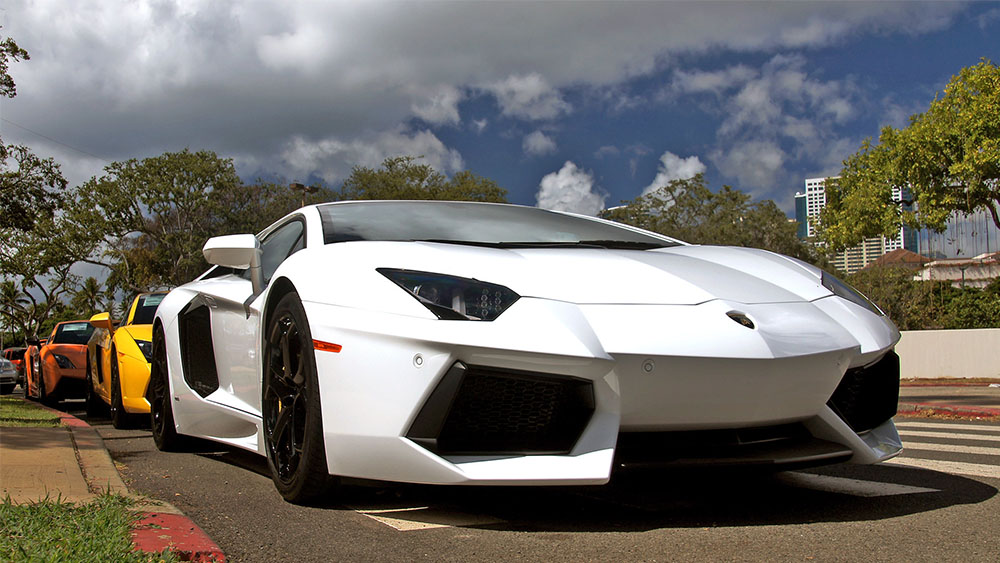 Yes, I did rent my 18-year-old son a Lamborghini! It was an amazing decision and will drive him to work even harder to fulfill his dream of owning one!

What I try to do is create a mindset to where you think you can accomplish anything. That’s just the way I think. And it’s worked for me. I’ve done all the crazy things that you wouldn’t think would work.

20 years ago, the car that I wanted, I went to the car dealership, got the brochure, and hung it up so I saw it every day. To this day, I’ve owned every single car I’ve ever wanted. You name the car, it’s been in my garage, literally.

I had a problem this morning. This is when you know you have first world problems…I was at my office and the limousine driver who was taking us to the private jet was late, so I said to my son, can you pull up your BMW? I didn’t even mean to say it like that, it just kinda came out like “your BMW”.

And so one of my business partners said, “Sean, you have real first-world problems, don’t you? Your limousine drivers… Late to go to the private jet…And so your son who’s a teenager and drives a new BMW is going to drive you, and that’s a problem…”

If you had told me that 25 years ago, I would have thought you were insane.

Matter of fact, actually, when I bought another car to take its place, the junkyard paid to tow it from my property, that’s how bad it was.

Limited Thinking and Why I Rented My Son a Lamborghini.

So I said, “let’s rent a Lamborghini”. He had been prodding me for months, but I think he never thought it would happen so I kind of woke up that morning and said, “Yeah, let’s get a Lamborghini”. And he looked at me like we’re crazy. An hour later we have a Lamborghini.

I must tell you, I have an incredible insurance policy and they would have covered me no matter what, but when we pulled away from the place I pulled over and said to him “Here, I want you to drive”. My son knows I don’t like to drive that much. I have nice cars but don’t really like to drive. He looks at me and I said “Seriously and don’t wreck this thing because I might have to get a real job!”, and I let him drive it all day.

My son loves cars, but I was doing something that he wasn’t even realizing.

See, the key of a Lamborghini is extremely heavy. It’s not like any other car key. I’ve ever felt literally feels like a two-pound boulder in your hand. And I wanted him to feel that all day, in his hand and in his pocket, when he was walking around. I wanted him to feel it.

We went to the restaurant where he parked it and everybody noticed the car and came up to him and looked at him. Like, you know…That’s a baller here’s a teenager, getting out of a $250,000 convertible Lamborghini! So he got incredible attention.

I’m at the age where I don’t need it and I don’t really care, but I knew what this would do for him. It would implant in his mind the image of that car and that car key. I was getting him out of limited thinking, and towards unlimited thinking. I do this with my son and I do it with my business partners.

Like today, the private jet. Come on let’s get on it, let’s go. You travel private one time you’ll never go commercial again.

I want to expand their minds.

My son went to school late today. I wanted him to hang out in the jet, take some pictures, let him post it on Instagram for his friends. Why? I want to expand his thinking.

I’ll admit my son is spoiled, but he’s NOT spoiled-rotten. He’s just a great, nice kid. Anybody who meets him likes him.

How Can You Expand the Thinking of People Around You

So what I do is expose them to wealth and success. Typically I will have one of the interviews at my home. I’ll leave the garage door open so they gotta walk by it and see the fleet and then they come into the foyer which is massive.

It’s not to brag, it’s to change their thinking! I grew up poor, I mean I grew up dirt poor!

I tell them, “If you follow some things that we’re going to do, we’re going to grow this business and this is my formula for doing it, but I can’t have anybody around me with this limited thinking”.

I need people with unlimited thinking and then we’ll figure out how to do it.

So yeah, I rented my son Lamborghini. I think everybody should rent something nice for either their children or a business partner. Expand the world of the people around you. Introduce them to things that they never saw possible. Like today, the private jet. That definitely expanded mindsets around here, like that Lamborghini expanded the mindset of my son.

Now, I’ve always done this. When I didn’t have any money, I would rent a really nice car for the day, to see what it would be like. All of today’s podcast is…is just getting out of that limited thinking. And if you’re a successful entrepreneur, expand the thinking of those around you. I try to do it with everybody. I offer my cars to my employees to drive all the time.

I tell in my employees if they’re dating and they’re looking to get engaged or something, “Take the BMW convertible. Take her up for a nice dinner to propose my car. If one of my employees is going on a family vacation and I know they don’t have a reliable car…”Take my Mercedes SUV, just don’t smoke in it, but take it, I don’t care”. These are material things that mean nothing to me. I’ll do this with business partners all the time. Why? I want to plant in their mind what is the next level. They’re never going to know until they experience it. So, I encourage you, stop having this limited mindset.

You want to have an unlimited thinking mindset and I encourage you to expand this what people you work with.

My goal is always to either educate, equip, or to encourage you. Today was just an encouragement. Just ask yourself, “How am I limited at how I look at things?”

And you may say… “Oh, Sean, you’re materialistic.” I give a ton of way, but yes, I do like nice things. I absolutely do, and have no apologies for it.

So, again, I encourage you to just expand your thought pattern here.