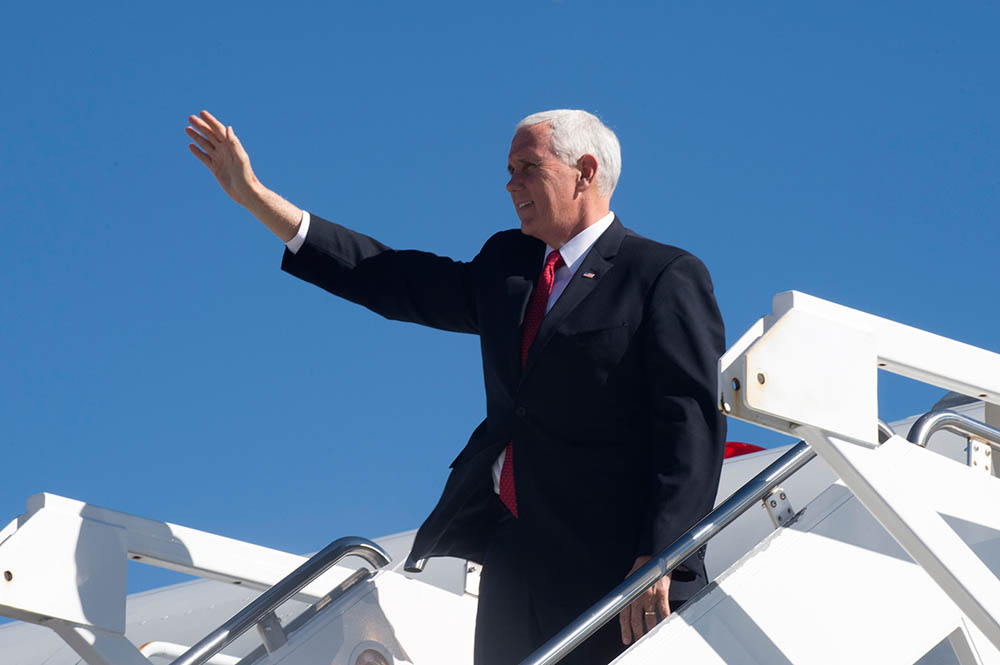 Do you have a number two like Mike Pence? If you don’t, I recommend you get one! Mike Pence is a perfect example of what a number two must and should do for their number 1. Enjoy today’s podcast!

How did I come up with this one? This past Friday, Vice President Mike Pence was doing his daily Corona virus update and it was the epitome of what I believe every leader needs.

You got a picture him. He’s at the podium and he’s going through these serious subject matters and he takes a question from the audience and the person asks, “Are you aware in the last hour that President Donald Trump called the Governor of Washington a snake?”. Obviously, nothing with President Trump should surprise you. I think it’s fairly comical…

But what Mike Pence did at that point, just reminded me of what every leader needs. His facial expression did not change. He stayed on message, and supported Trump all the way through it in a way that it just blew me away. I mean, he literally he was like, teflon.

And it hit me because… you are a person who either is a leader or you’re working under a leader and in each of those situations, there’s a skill set that is required.

If you’re working under a leader, I’m going to share with you what I saw Mike pens continued to do that would make you extraordinary valuable to the company you work for and the leader you work under.

If you’re leader, you need this type of person and if you don’t have one, you need to go find one.

I’ve shared with you the type of players that every successful organization needs. I use various terms like pack mules: people that have great capacity. Mercenaries: people that can get a finite job done that nobody else can get done. MVPs: they’re the people that can become partners and help me fill in all the boxes.

And why do I say that? Let me take you through the qualities. And if you don’t have somebody who checks all these boxes, you need to find one or you need to develop one. I’m grateful that I have a few.

They Compliments Your Weaknesses

Okay, so what you want is somebody who complements your weaknesses. You don’t want two people that have the same skill set. It’s like watching two dogs fight over one plate of food. It is doesn’t work.

They’re Aware of Your Weaknesses and Protect You from Them

This is where Mike Pence is just so good.

One, he’s a complete opposite of Donald Trump. He’s fully aware of it. I don’t believe he became VP without being completely aware of this.

They Take Hits Intended for You

And that’s what Mike Pence does during that interview. He deflected and stepped in front of bullets that were fully intended for President Donald Trump.

My staff does this for me. They do everything they can to keep customers and clients away from me and if I do need to get involved, it’s because I’m the only one who can solve the problem and I’m fine with that. They know there’s a point where you need to pull the fire alarm, which would be to involve me, but they take hits intended for me all the time.

They want to constantly take work from me that’s not intended for me as well. Stuff I don’t do well or don’t want to be doing.

They Support Your Vision

This is so important. Followers or co-pilots with the personality that doesn’t dominate— rarely do they have the vision.

Mike Pence clearly supports Donald Trump’s vision and every time he is in an interview, he’s constantly complimenting the President and taking hits intended for the President, took over the Corona virus taking work that could have distracted, the President, shows great loyalty during it, and supports the President’s vision.

They Quietly Know Their Value to You

They have a confidence. They know that they’re your YIng to your Yang and they’re fully aware of it. Mike Pence clearly knows what he brings to Donald Trump. What he brought to the campaign was an established government official with an unblemished reputation of conservative principles of impeccable character that would bring the Evangelical vote.

If you look at everybody else they were considering Chris Christy was just another Donald Trump, an obnoxious personality that would be fighting over creating their own vision, where Mike Pence was the complete opposite, and it just shows the power in that.

And why did I bring this up again? I saw Vice President Pence take just absolute hit after hit at the podium and he did it effortlessly. It was like he was born for this job. He was like, “Listen I understand I’m number two, and I’m good with that, because I understand that the leader has an area of giftedness”. Leaders typically have a giftedness that is obvious but not always explainable. They just have an it factor and blocking backs are aware of that value and support it.

I think every leader of an organization needs a Mike Pence. Why?

He just epitomized everything I thought of in co-pilot, a partner, a blocking back.