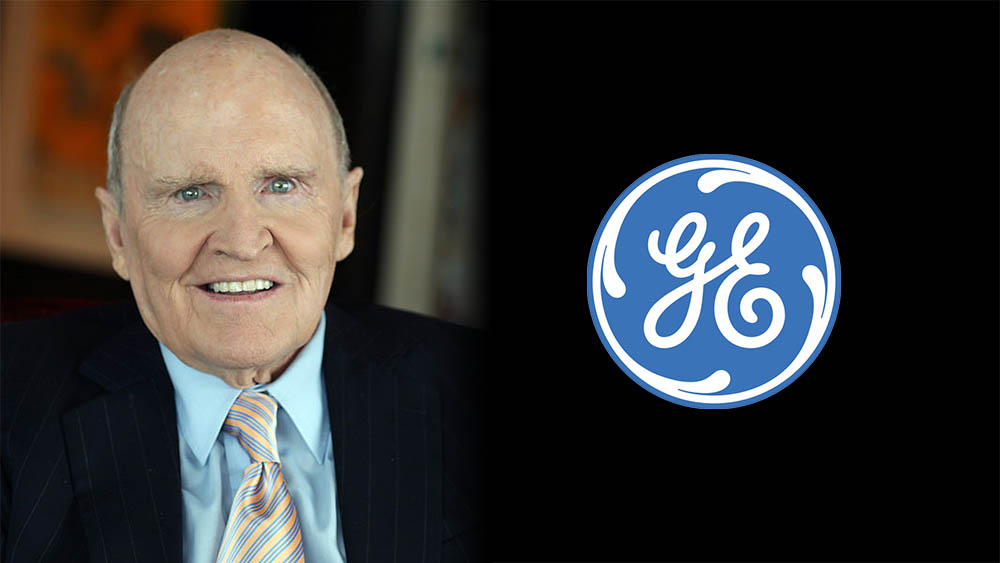 Jack Welch is unarguably one of the greatest CEO’s ever. Today I will be sharing ways you can learn from him and implement what he did in your business.

f you watch the news on any level and you’re into business you would know that the former CEO of General Electric,  Jack Welch, passed away last week. I want to talke about what made him unique in business.

Well, for one, he was voted the manager of the century. His is the top CEO of the last 100 years and when he took over General Electric in 1981, he grew profits from $1.5B o over $15B in-profits in 20 years. That’s 10 time the profits. That’s crazy! He increased their market valuation by a factor of 30, from $14B to $400B! So needless to say he was a pretty effective CEO.

There’s a few things that he did during his tenure that made him extremely unique. One of the legendary statements and decisions he made when he took over, was insisting that any division under GE had to be number one or number two in that market. He was letting all this managers know, if you’re not number one or number two, you’re not going to be around much longer and that division is not going to be around either.

He wanted to have profitable divisions within GE not just keep them because they’ve been doing it forever. This was his expectation. And at the time that was very different.

He was also known for laying tons of people off and getting rid of people and he would take criticism for it. He would say he should be pat on the back, because the reason why the 90% of the people he kept have jobs, is he was willing to make the hard decision to get rid of the 10% who needed to go.

I say this all the time: I don’t care how big of a company you are, you need talented people. Even more so for smaller companies. If you’ve got three people and one is a total dud, that’s 33% of your staff. That’s going to have even an bigger effect example. If you had a 1000 staff you had five complete morons, well then, you’re talking about less than 1% of your company and it’s not going to affect your business as much. When you have small businesses and you naturally default to hire and friends and family. That’s the biggest mistake.

I want talent and I will let you go when I discover that you lack it. I thought you had it at the time I interviewed and I will let you go if I feel like you can’t do the job I’m paying you for at the level you want or I don’t think you can do it and grow at the capacity you need to for the position. I want you to continue to get better. I want yet to be better than when I hired you. Also, if I have to remind you to do your job and tell you how to do your job, you will not last with me.

Jack Welch had that same philosophy. And with his managers he set a mandate: number one or number two, or we’re not going to offer it. I think small business owners would be wise to set extremely ambitious goals and hold their management team accountable and say, this is my goal, my vision for the company, and if we haven’t gotten to this point next year, we’re going to make changes… and that’s just how you do it.

Here are a few quotes by Jack Welch that  show you how he thinks,how he led, and why he was the manager of the century.

Giving people self-confidence is by far the most important thing that I can do because then they will act.

Good business leaders create a vision, articulate the vision, passionately owned the vision, and relentlessly drive it to completion.

That’s what leaders do, that’s what CEOS do, that’s what start-up founders do. Hey, I’m going to start this company. This is the vision I have for it. You can communicate it effortlessly. I can communicate the vision I have for my various companies during the interview process, effortlessly. Just like an elevator pitch. If I’m talking about my digital marketing company, it is the best digital marketing company for small businesses, because A, B, C, and D, this is who our clients are, this is our profile client, this is where I think we’d be a great fit for you. I have a vision for that company.

If it’s one of my home service companies, I have a vision for that company. If it’s in the publishing and content creation, I vision for that company, and I believe I can articulate it so that when I’m sitting down with talented people, I can get them to come on board. If you don’t have a vision, you can’t articulate it, and your managers can’t bring it to fruition because they don’t know what you want.

Change it before you have to

This is why GE became so valuable. They constantly evolved over his 20-year tenure. You look at stallworth companies: JC Penny, gone, Sears, gone, K-Mart, gone, Toys-R-Us, gone, Blockbuster, gone.. Okay, toys or I was gone blockbuster gone. Because they didn’t change before they had to.

I’ve learned that mistakes can often be as good a teacher as success.

Smart people know that really. The foundation of this was set in the book, Thinking and Grow Rich by Napoleon Hill, where he said, “Every failure, if you mine it like mining for gold, will pay you back with the return.”

For example, okay, this mistake cost you $100k. Mine it for gold. You’re going to make money on that.

And I can tell you, every mistake I’ve made that I truly mined it for everything I could learn from, paid me back with interest going forward. So I love that I’ve learned that mistakes can often be as good a teacher as success.

The team with the best players wins

This might be a complaint with small businesses as they lack talent. I want the most talented people humanly possible that I could put my hands on, that I can afford to pay, that I can motivate, recruit as a partner, that I can give shares of my company to, under our roof, in my sphere of influence and organization. Why? Because the team with the best players wins with the best players. So if you can’t recruit talent, your business has a ceiling. It’s the ceiling of the talent around you.

Why do you think Amazon bought Zappos for a king’s ransom and left it alone? Why? Because the their CEO did such an extraordinary job and built such an amazing culture that they left him alone.

I feel like that is one of most paramount responsibilities; that anybody who joins my team is better when they leave me, if they move on. I hope they stay with me and I can improve them, but my goal is to mentor my key leaders, my managers, my partners, my key inner circle, my cabinet. I want to improve that whole group that’s closest to me.