Ep 214: Leadership During a Crisis 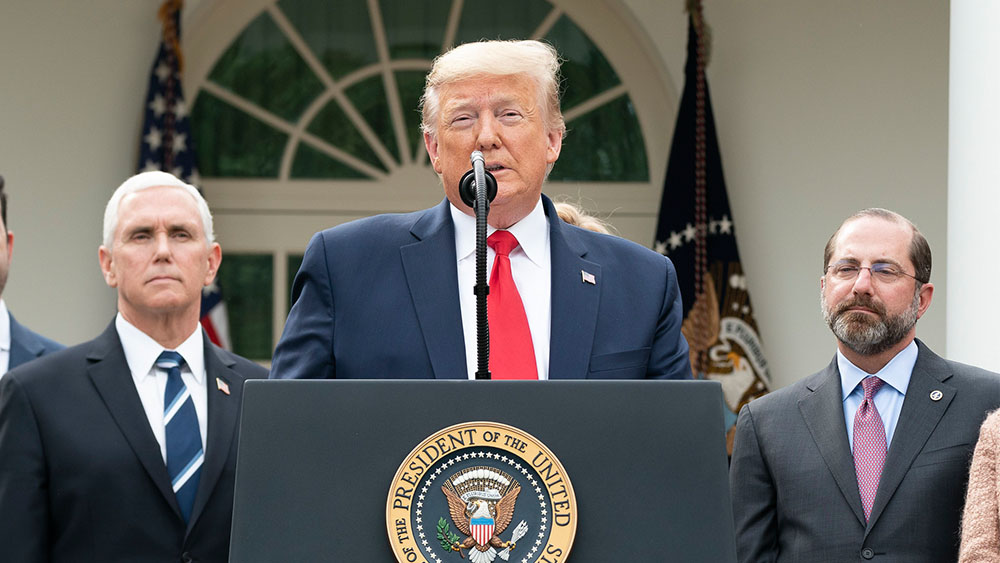 Are you a leader during today’s crisis? If you are not a leader today you will never regain the respected leadership position within your business.

During this Coronavirus pandemic, what you’re seeing is either great leadership or lack of leadership. We’ll call this leadership in crisis, but a crisis will either make you or break you. I even heard a Democrat who ran Obama’s campaign say there’s really there’s nothing Biden can do and that Trump’s success-level with this virus will re-elect him or lose it for him.

And at this point, he’s improving every day, and I think he’s doing a decent job…because who can prepare you for that?

But at the end of the day, this person said, what he does during this crisis will re-elect him or he’ll lose it because there’s nothing Biden can do to win this. Why? Because there’s a crisis in America, and people want to see if Trump is up to the task. Can he be a leader?

The Six Components of Leadership

It’s the same thing if you own a company. Leadership. It is made or lost in a crisis. There are six components of leadership that you have to have in a crisis. If you’re not sure if you can be a leader right now, let me take you through these six because I think you can!

Okay, first thing is, you just gotta have some courage. You gotta man up. Or woman up.

Whatever it needs to be, I encourage you need to have the ability to do something and in this case, lead. That frightens other people. Most people would much more prefer to follow, than to lead. It’s easier to follow because you don’t have to create the direction and you don’t have to be accountable. Nobody’s going to lead your organization. I don’t care if you’re 25 years old and you have a 60-year-old staff member, don’t you dare delegate the leadership to that person You’ll never get it back. You can get wisdom from that person, but you lead it.

I’ll tell you something President Trump did that was genius. Do you remember the very first coronavirus Task Force meeting? Mike Pence led it. And you know what? Mike Pence looked like the President that day. And Mike Pence never led one after that because Trump President is smart enough to know about branding and he definitely understands how to how the media works. He basically has created a television show and he’s a star of it. It only took him one time to watch Mike Pence on center stage for him to realize he would lose leadership on this one because they’re going to associate the Vice President with the fight against the coronavirus. So he immediately took the lead.

I don’t think that ever frightened him, let me be clear, but you’ve got to take the lead. Nobody else is going to do it for you. You have to have courage.

You have to own it.

So you’ve got to know going into this, that failure or success, or maybe survival, depends on you and you have to take responsibility for whatever happens.

A decision made today that is a good decision or maybe even an average decision is far greater than a decision that’s not made, one that you’re waiting to make, or one that you think will be great tomorrow.  I make the very best decision I can at the time. I make it because I don’t think you can drag decisions out. I think it shows weakness and I think you lose opportunities, so you make the best decision you can, based on the information you have today and you do everything you can to make that decision work.

You beat that decision into submission and if at some point it becomes clear that this decision will not work well, then you alter it. You’re not stubborn. Maybe we need to make some changes,  adapt, or modify those decisions. Leaders are decisive.’

Leaders are planning. They’re figuring it out. Your team needs to see what you’re planning with the proactive steps you are making.

My staff immediately saw me pull together a plan to look at our budget and see where we could cut expenses. The second thing I did is I brought my staff in to where can we overlap talent and reduce some costs without laying people off, but understanding that some cuts would need to be made. I put together planning, then I put together work: how we could spread out work and where we could still make money and where we weren’t going to make money. I put together a plan. I wanted my staff to see in my companies, that I was on this that I was decisive and I was proactive.

Even though these are difficult times, I need to communicate optimism.

President Trump gets a lot of criticism for that. He says, “We could be back by Easter”. What’s he supposed to say? We’re going to be back by Labor Day?

In his mind, this will be gone tomorrow. I’d love to be back in the swing of things by Easter. He’s fully aware that that may not be a reality, but you’re not ever going to get him to say we’ll maybe be back to normal by next Christmas, we’re back at it. No, never going to happen.

Leadership not only communicates optimism, but it also creates cooperation. You can see now how private companies are building masks and they’re going to create ventilators. And you have companies that like MyPillow, now they’re making masks and 3M is making masks, etc. Everybody’s trying to chip. Apple has created an app and they donated, I think, 2 million masks at one point.

Everybody it’s a spirit of cooperation. America’s been known for that, but once again it’s at its greatest, right now. Thousands of civilian and military medical professionals are volunteering to help. Leaders create cooperation and people want to be a part of the solution. I’m encouraging you to be a leader in a crisis because if you’re not, somebody else is going to lead for you and you’re never going to get that leadership position back.

I’ve always told you if you have to tell somebody that you’re a leader, you’re NOT the leader.

This is YOUR time. Have courage, take responsibility, be decisive be proactive communicate optimism and create cooperation.