Ep 215: What I Learned from Bill Gates 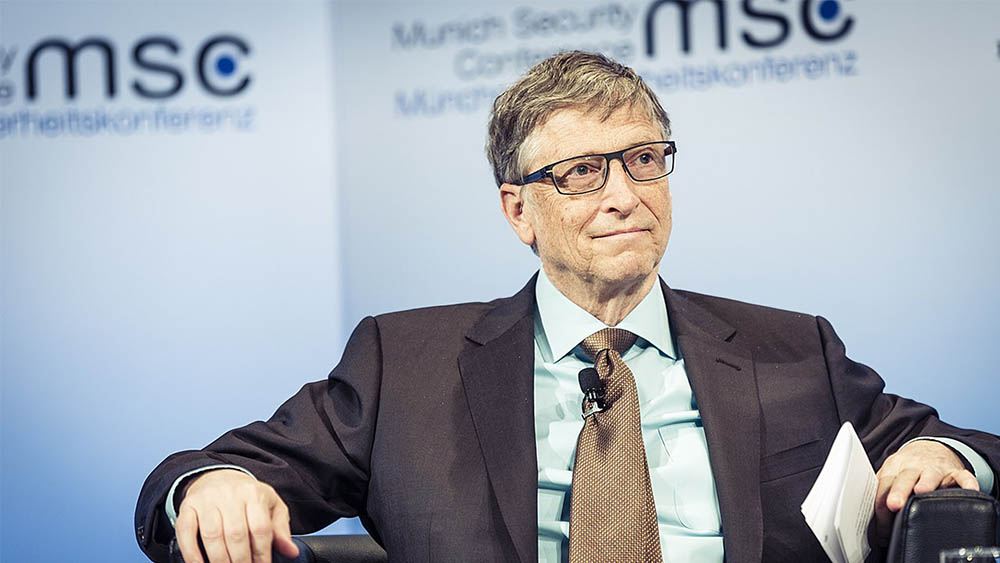 Here are a few things I learned from Bill Gates and are a super important lesson we all need to hear! I hope you enjoy today’s podcast!

u know I love to do. I was watching a Netflix special on Bill Gates’ last night and the one thing that I got out of it is I know why he’s spent the better part of the last 30 years is the richest person in the world.

He’s rightening-ly smart. When I watched him talk I literally felt like I had a learning disability.

But what I got out of this Netflix special, and I’ve read books on him, is there are seven qualities that absolutely blew me away that he has. They seem to be areas that other gifted intelligent, highly successful people have but he has them in just spades.

Let me just share with you one of his quotes before we get started.

If you are born poor, it’s not a mistake, but if you die poor, it’s your mistake.

I love that personal responsibility. I thought that was so good.

Let me take you to the seven things that I learned, and I think you can learn from Bill Gates.

He has always loved learning since childhood. His mother was a teacher and his dad was a lawyer, and he was a voracious reader even as a child. He reads 150 pages an hour and travels with no less than 10 books at a time. During the documentary, you’d see his assistant swap out books in the bag that he would carry with him. And these were great, thick, boring books like statistics. And he would devour these. Learning fascinates him. He always wants to learn something, and he spends a great deal this time learning and being around intelligent people.

He Knows His Strengths

And I think that’s so important—to know your area of giftedness.

Solving difficult problems fascinates him. We have so many people that are great at finding problems and identifying problems but can’t solve them.

Before Windows, you had computers that really had no value to the everyday homeowner, The way they worked, if anybody remembers the early 80s, is you had to type in in the programming. Nobody could use them. Then Bill Gates comes out with Microsoft Windows and the world changes. And now you have a computer everyone can use easily. As he said, this was his vision. “I want a computer on every desk and in every home”. He accomplished that, so he’s a problem solver.

He realized that nearly 14% of children were dying unnecessarily in impoverished countries because of waste problems within their water system. Waste was being dumped in to the water where kids were playing and to him. this makes no sense. They’re dying of diarrhea and he’s like…no kid dies of diarrhea in America, so he set out to solve this monumental problem. How do we get toilets in countries where there is no plumbing?

He surrounded himself with the smartest people, and they began working on this problem and it went from being a self-contained toilet that cost $50k each, which he realized was not a sustainable model, and we said we need to do this for $500 or less.

This is a toilet with no plumbing and no water. Just picture a porta potty that basically disposes of all the waste underneath of it. That’s what he was trying to accomplish, and he did for under $500, a toilet that actually produced clean water.

So not only did it dispose of the waste, it repurposed it to something valuable. So in these countries that have no plumbing and a water problem, he solved two areas. He solved sewage and waste and solved the water problem. Why? Because he’s an unlimited thinker. Nothing is impossible with him.

He Associates with Equally-smart People

His closest friend is Warren Buffet.

He partnered with Paul Allen to start Microsoft.

His marriage to Melinda. If you would see Bill Gates marrying someone, this is his absolute perfect match. She graduated with a master’s degree at twenty-two from Duke, started working at Microsoft in 1987 and moved up from there. They’ve partnered in business and in philanthropy such as the Bill and Melinda Gates Foundation. He works with the smartest people and he brings them around him.

For all the biggest problems, successful people effectively partner with someone else. Bill works in his area of giftedness and you can see he loves what he’s doing and he’s energized by his work.

Like my friend Warren Buffet, I feel particularly lucky to do something every day that I love to do. He calls it tap dancing to work.

Okay, I thought this was great stuff and anything you can read on Bill Gates will definitely better you. He’s an extraordinary individual and truly one of the great entrepreneurs of our lifetime. What he’s done in philanthropy is just incredible, as well.