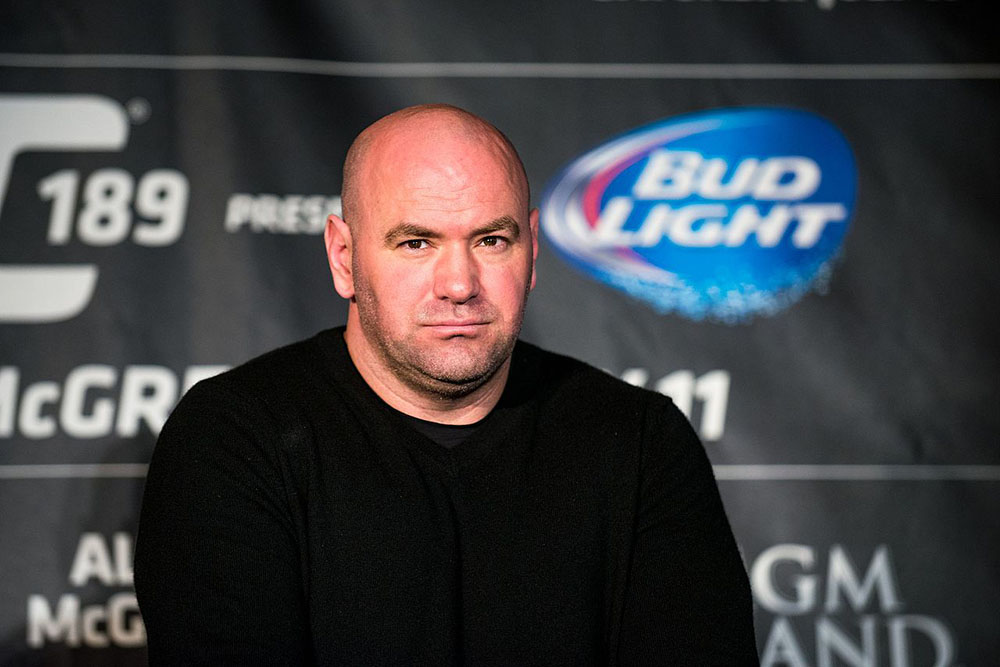 Dana White is the best president in all of sports and is hands down one of my favorite CEOs. His story and commitment to putting on fights are crazy! Would you go so far as to book an island if your business needed you to?

Dana White of the UFC is the best CEO in America, in my opinion.  I’m going to tell you why, and then you can make your own judgment. Let me just share a quote from him.

Nothing comes easy. Success doesn’t just drop on your lap You have to go out and fight for it every day.

If you know anything about Dana White, he’s absolutely a very competitive, very combative personality type. Let me take you through the seven things that I found out about him and his leadership style.

He Modified the Product at the Outset

He did a massive product modification in the very beginning. Nobody wants to watch a cockfight. He knew it had to be modified and cleaned up so that it could be mainstream and people would watch it. The fact that two people beat the crap out of each other is fine, but there needs to be a referee that you know can stop the match and the second someone is helpless. People need to know nobody’s going to get killed in there and that it’s controlled violence. He also realized that Congress at the time, was getting ready to step in and possibly even ban it. Also, at the time, it was all the Latin fighters that were never going to be mainstream, iconic faces of the sport.

He also schedules the best fights available immediately. That’s what he does. In the UFC, you’re not going to be waiting for that fight for five years like Pacquiao and Mayweather when it happened way past their prime. He runs the business in 30-day intervals.

He is a Marketing and Brand-building Machine.

Look at is how he increased demographics by introducing Ronda Rousey. Going against his own judgment, saying, at one point, “we’d never have women fighting in the UFC”. He is smart enough to pivot on that when he saw someone that could expand the brand and increase demographics. Ronda Rousey was a gold mine. She was a headliner for crying out loud. UFC made a fortune off for her and expanded the brand. Conner McGreggor came over from Ireland, expanding the brand.

I’ve been to a Conner McGreggor fight at Madison Square Garden. And I’m telling you what, they bring the entire country over to watch him fight. I’ve never seen so many green suits.

I felt like I was watching a convention of the Joker who all spoke you know, Scottish or Irish. I don’t know what they speak, to think about it, but all with an Irish accent. So let me just go with that. But my point is, is that Connor Gregor was a tremendous brand expansion.

He mainstreamed the product to the point where ESPN partners with it. Now he’s got ESPN basically underwriting the cost to build up all these pay-per-views. ESPN bought content. But now he doesn’t have to try to get all his fighters on ESPN. That’s what great marketers do. They build the brand. He does it better than anyone today.

He has a Sustainable and Durable Business Model

He has the entire globe to find fighters. Talent is endless. He will never run out of fighters. Because he scouts talent around the world, he introduces talent like Connor McGreggor and Khabib. He’s scouring for talent everywhere, so he introduces it. He built talent like a farm system.

He’s compelling and charismatic. No other sports commissioner is better than him. Nobody even comes close, because he handles controversy great. When his athletes get in trouble, he handles it great.

When IMG buys UFC for $4B and they want you to still run it, that’s when you know you’re a leader.

He makes 400 million on it, and he’s still leading it.

He knows he’s worth a half a billion dollars, but there’s nothing he wants to do more than get up every day and run this company.

He Adapts in a Crisis

Look at the coronavirus. All the other sports are shutting down. What is he out doing?

He’s finding Islands where he can bring his international fighters in and he’s locating a spot in the United States where he can have his US fighters fight. He doesn’t need a crowd to do pay-per-view.

That’s what leaders do, they adapt in a crisis. When he had the issue with Congress getting ready to shut the UFC down, he modified it and cleaned it up.

When you watch a UFC fight you know nobody’s getting killed. It’s going to get stopped as soon as somebody’s helpless. You have no doubt about it. You also have fights that don’t look “rigged”. You have no doubt that he’s got the situation under control.

He took a two $2M investment and turned it into a $4B pay-off.

I think the Fertitta brothers are pretty happy with their investment.

Dana White. My vote for the best CEO in America.