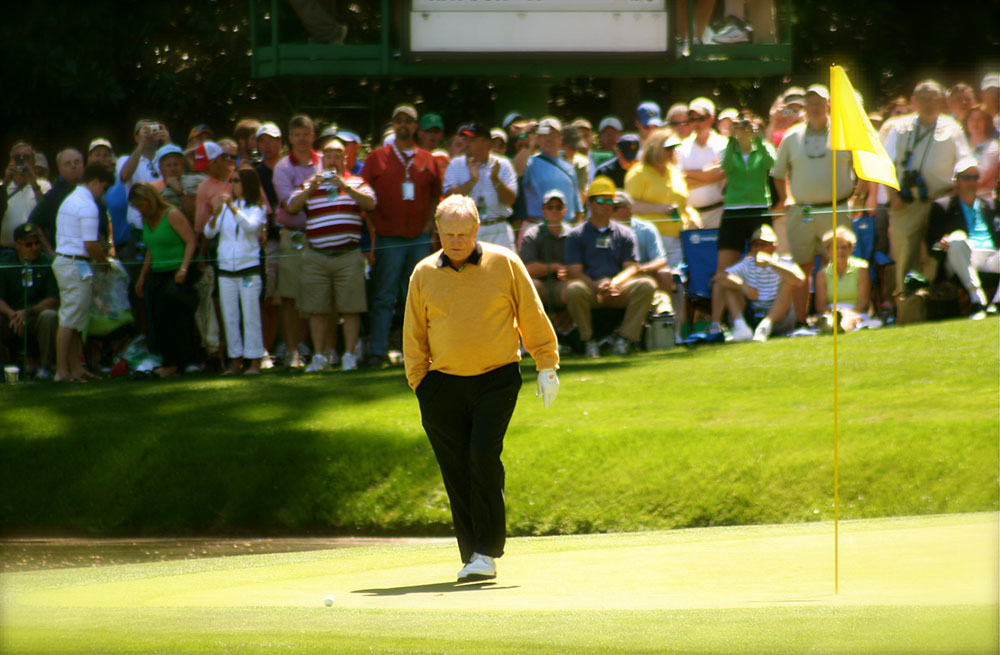 Image by Torrey Wiley under CC BY 2.0

Today we are talking about How Jack Nicklaus sustained greatness on and OFF the golf course!

Let me just go through them again quickly. If you don’t know Jack Nicklaus is, he is the greatest golf ever to breathe oxygen.

But let me give you a statistic that’s even more amazing. Nineteen times, he was a runner-up. I mean, you’re talking about a guy who could have won THIRTY majors.

Let me take you through why he was so incredible.

Relentless Pursuit of a Goal

Let me start with this quote from Jack Nicklaus.

My ability to concentrate and to work towards that goal has been my greatest asset.

That’s what successful people do. They don’t have a thousand goals. They have one overriding goal to be the very best and they relentlessly pursue it. It’s a relentless pursuit of greatness.

I remember an interview with Tiger Woods when he first joined the tour and he was getting interviewed by Hal Erwin and he was basically trying to tell Tiger to temper his expectations. Tiger was saying, “Listen my goal every week is to win”.

Now, this is before Tiger became Tiger and Hal said to him real condescending; “you’re going to learn, you’re going to learn”. And Tiger’s point was: hey, second sucks. There’s nothing you’re going to tell me any different. And every week that I go out there, I plan on winning. Well in the bulk of his career he won 40% of the time he teed it up. So, that’s what greatness has.

There’s a relentless pursuit of a goal and in their case, the goal is to be the best.

This is a quality of successful entrepreneurs.

You’ve got to love the competition and to be better than your competitor. If you don’t then how good is your company going to be?

How in the world are you going to have a competitive advantage, if if you don’t care about the competition? When I first started, one of my companies, and I’ve shared this before, I used to ride by my competitor’s office on my way home every day. I put two thoughts in my mind. Hey, I was going to own my own building, because they did, and I was going to have more company vehicles than they did. I’ve achieved both!

Jack Nicklaus loves pressure. He wants to have to putt to win. And Tiger feels the same way.

By 1979, Jack had won 15 majors but that year had not won a single tournament for the first time since he started playing professionally. What did he do? He went back to work with the coach who had taught him since the age of ten. He wanted to get back to the basics and the fundamentals. They worked on ball positioning and head positioning and other fundamentals. He also got a short-game coach.

He identified the area that he needed to improve on and n 1980, he went on to win two majors. That’s what greatness does.