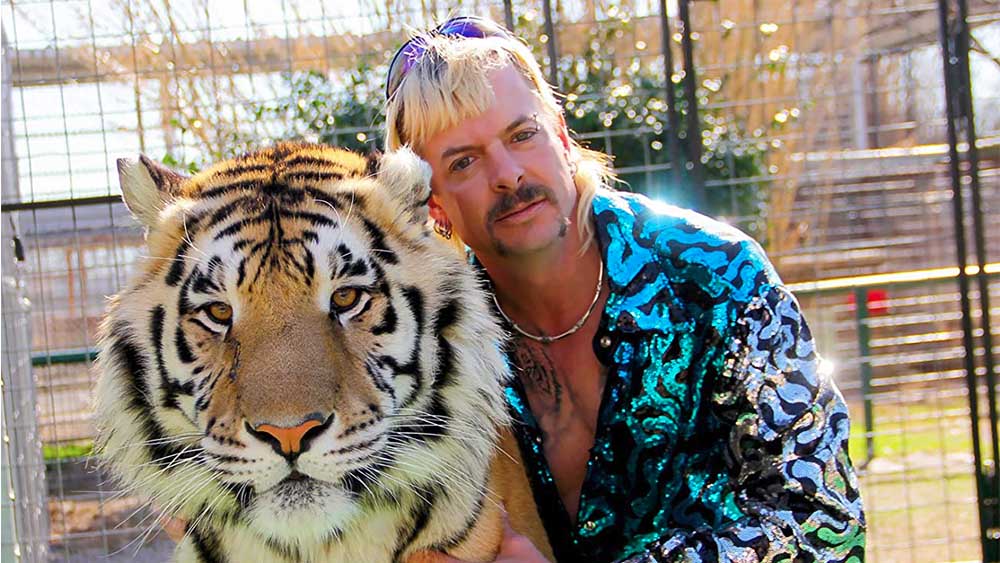 Have you seen Tiger King? WOW! Joe Exotic is many things, but we are learning from the GREAT things he did!

I think everybody has seen Tiger King on Netflix. They clearly don’t have a lot of dental plans in Oklahoma, the worst teeth I’ve ever seen on people in my entire life. I’ve been talking a lot about branding and Joe Exotic is a master at branding.

I’m going to take you through everything I saw in the show. It’s like a train wreck: you can’t turn it off. But he absolutely has mastered branding.  Let me give you the seven branding lessons that you can learn from Joe Exotic and Tiger King.

Companies where the leader becomes a brand, like Bill Gates, Mark Cuban, Jerry Jones. If you want to be a personal brand, you need to be compelling. There must be a reason why people want to follow you. There’s going to be something different about it, but it doesn’t mean you have to be obnoxious. Warren Buffett is not obnoxious. Bill Gates is not obnoxious.

And then you have the opposite. Donald Trump is obviously on the other side of that scale. Then you have Mike Tyson and Mohammad Ali. These are brands, but you need to be compelling, You need to have charisma, something about you that makes you different.

Be Great or Be Different

Joe Exotic was absolutely different. His entire wardrobe made him different. He positioned himself different than, obviously, that lady out in Florida, Carole Baskin, his enemy.

Think about that. Do you want to build a brand? Be great or be different. Either one works.

I wasn’t like he had the biggest Zoo. It was pretty run-down looking, but he was different.

Have a Common Enemy

If you just watch politics watch MSNBC, MSNBC is going to throw stones this way and FOX News is going to throw some that way. Either way, they each have a following. They each have a brand. Joe Exotic had Carole Baskin. Carole Baskin had Joe Exotic. It’s perfect. Both were compelling leaders, but very different. They threw stones at each other. Have a common enemy that works.

And you’re trying to build a personal brand, having something that you’re against that you pick the right position against, you’re going to get a following of people that think the way you do.

The days of books being bought in bookstores are darn near gone. I saw Bill Clinton, and James Patterson books published a year ago were in the half-off rack a week after release. So if you want to be an author, you better build a brand, because you’re going to be the one selling your book. Your brand and your social media following are going to be the ones selling your books for you.

Attract an Emotional Response from People

Hyundai is never going to elicit an emotional response from me. It’s a good vehicle. It’s reliable, good pricing and a great warranty. Really, their brand is that 10-year warranty on their drive train, but nobody’s going to pay that kind of money and get the Genesis over a Mercedes.

Have a Recognizable Image

You see that guy and you know exactly who he is.

Have a Tag Line or Slogan

So if you want to build a brand, model yourself off of Joe Exotic: