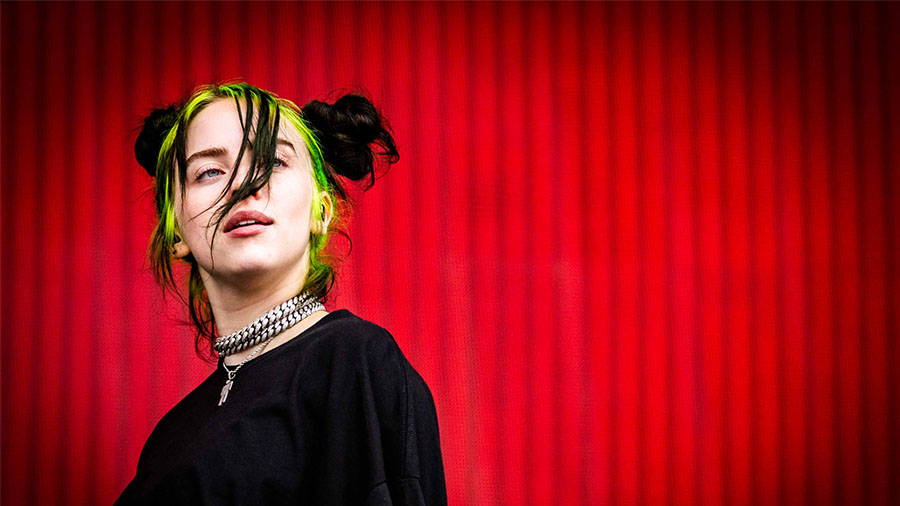 Billie Eilish and her brother is a powerhouse combination! She is a natural-born protege! What does she have to do with entrepreneurship? Listen to today’s podcast to find out!

During this virus, I’m spending more time at home and my teenage son is exposing me to show that I would never normally watch. I don’t know what the name of this one is that he has me watching, where well-known personalities are eating hot wings and they just keep getting hotter and hotter and hotter. It’s a genius show and it just shows you the power of creativity and the power of the internet, because when you watch Kevin Hart, literally about seven wings in, he’s completely punch drunk and he can’t make a cohesive statement and the only thing he is under the influence of is a hot wing! Great show.

My son and daughter had me watch James Corden in all the interviews he does in his car. He has incredible energy, is so authentic, and just a generally likable person. He has a lot of the qualities that just make people successful in general because you can tell he loves what he’s doing.

He’s in this car with an eclectic group of musicians and talented people, whether it’s rap whether it’s Adell, whether it’s Billie Eilish, and all the way down the road, he knows the words to every song. He was on a plane with Kanye West doing spirituals and he was all in. And I love that energy, that enthusiasm because I believe that’s such a quality that’s successful. People that just get excited about what they’re doing.

James Corden was all in and won me over and I love it, but I want to talk about the Billie Eilish interview. What an unbelievably talented 18-year-old. She is beyond talented. I’m talking prodigy talent. There are a few things that I picked up during the interview that tells you how to parent. I think it just tells you how to be successful. And I picked up on a lot of things. I just want to share them because I think they’re so obvious, and they’re so good and I love it when I learn from somebody who I didn’t expect to learn from. You get your immediate visual of this person with their hair dyed and a few tattoos and you want to kinda come up with what you think that person is going to be like.

Well, thankfully I’m past that. I know that genius comes in so many packages and specifically when it comes to music, it’s normally a very, very broad group of personalities that make them such a genius.

Billie Eilish. Just to give you an update, this is somebody at 18 years old, won five Grammy Awards this year.

And how did she get launched? Well, her brother and she uploaded a song in 2013 to the internet, called Ocean Eyes and she quickly got picked up by a label, but that video of her singing that song was downloaded more than a quarter of a billion times.

I mean, she has just an unbelievable voice, but what blew me away about this prodigy is he’s 18 and she’s obviously famous, but she’s been doing this her whole life.

I mean, music is her life, this is all she does.

I mean, obviously a tremendous vocal talent, but we’ve all been to maybe a church service or even a wedding where somebody sand and they had a great voice, but there’s a big difference or have a great voice and winning five Grammys. What blew me away is in this regular house, they have this one bedroom with lots of nice equipment in it.

Well, all of us non-fiction, self-help gurus, we all know what that is. That’s Malcolm Gladwell’s book, The Outliers, where he determined that the Tiger Woods of the world and all the great achievers all had invested 10,000 hours to be where they’re at.

So we look at them and we go, they’re incredibly gifted. Well, Tiger Woods was hitting golf balls from the time he could stand up.

Andre Agassi was hitting golf balls from a tennis ball machine that was basically a supped-up lawnmower so that balls came out twice as fast, and his father would move the machine up to the net, he said it looked like a fire-breathing dragon, so he knew that he had hit over a million balls.

There’s always the 10,000 hours, and this was a visual motivator that she and her brother had above the door. They fully aware they were fully aware of what it would take to be great and they were fully willing to do what would take to be great. The other thing I love is her collaboration with her brother. He is a production genius, and she is obviously an incredible songwriter, a talented voice, but it’s a collaboration of the two to launch that first video and soundtrack of “Ocean Eyes” that propelled everything.

And it’s five years later that we look at these five Grammys she’s won and all the rest, but what people don’t realize is how this took place.

Her parents had an incredible rule, that they did not have to go to bed if they were doing anything musical and their kids were always doing something musical.

As long as they’re doing something within their area of giftedness, we were going to bend the rules.

That’s a parent getting it. I was blown away by that and I love that and I love the partnership she has with her brother and how fondly she speaks of him. And just in general, how fondly she speaks of her family really was very refreshing and I love the fact because that she had guardrails and mentors. She was sharing that when she travels and goes on tour, her brother and her parents are with her at all times which is contrary to this day and age, where we’ve seen people just go completely off the rails when they become celebrities.

She had a refreshing grounded-ness to and the interview, which actually took place in her childhood home where her mom was living because she kinda stepped into the interview.

It blew me away. I just think that’s something that everybody seeking success needs to understand is, yeah, it’s going to take 10000 hours normally, you’re not going to do this alone. I love that collaboration. Everybody needs guardrails. Everybody needs mentors.

And then she just created something that was so great that people just had to follow it. And I have found that I always tell people trying to get money for a startup that great ideas always attract money.

In her case, there were five years of energy in time between when she at 13, launched her first song, and five years later when she wins five Grammys.

Just find the ONE THING. And I always believe we have something that we’re gifted at. Put your 10,000 hours into becoming great.

I loved her authenticity, her uniqueness, her confidence. This was just an absolutely refreshing interview with somebody’s so young, who I felt like has just brought so much to the table.

I also want to share the parenting advice that I saw there because I believe she has phenomenal parents. You meet great and kids typically there’s a great parent. Sadly when you meet a kid who fell off the rail somewhere, something typically went wrong there in the parenting. It goes both ways.

Your kids gotta feel like you love them, whether they succeed, achieve, fail, no matter what. As a parent, I’m telling you, that is number one. I always say I am the steward of my children’s self-esteem. That is my greatest responsibility.

I want my children self-esteem to be so good that nobody else can influence it greater than me and nobody can destroy it. My kids have bullet-proof self-esteem, and that’s because I love unconditionally

Let Them Be Original

She’s an original beautiful girl, but very eclectic no question. Typically, greatness when it comes to music and arts normally is but let that person be original,. Don’t put them in a box.

I love the fact that they did not have to go to bed when they were doing anything musically. And is it any surprise that they’re incredibly successful 10,000 hours later? it’s a lot easier to get 10,000 hours in when you’re able to do it at 1 o’clock in the morning or whatever it took.

It’s so refreshing that she brings her family with her when she travels. Not only does it established great guard rails and mentors, but she just understands the health-ness of that family unit.

So you want to parent greatness? Love them unconditionally, let them be original, fuel their passion, and join the journey.

Again, I’m sharing with you all the lessons I learned in my Billie Eilish interview with James Corden. It was fantastic!