Ep 236: 6 Ways to Build a Business That Can Survive Anything 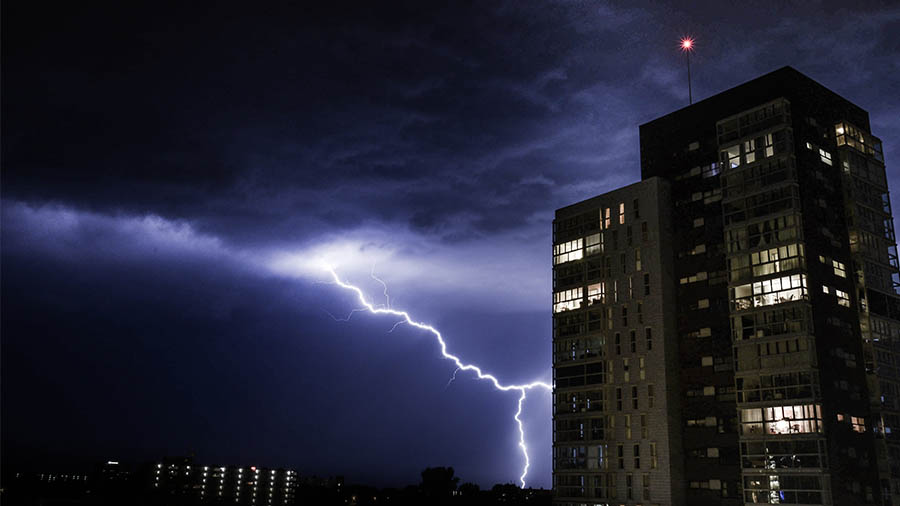 Today we are going over 6 ways to build a business that can survive anything! These are all tactics that I have used in my businesses!

What I want to talk about today are the six ways to build a business that can survive anything.

I want you to be able to survive anything. And as somebody who has started more than 20 companies over the last 25 years, one of my most successful companies I started in April before 9/11. So when 9/11 happened, I literally thought like, “This is crazy”. “The world is never going to be the same again.” And, when you watch the two twin towers come down, you can understand my concern because that was my first full-scale big business. It was just a crazy time, and since then I’ve learned how to survive the 2008 economic collapse. Owning a company that involved homes and upgrades to the home, we had millions in a huge real estate deal at the time, and how you had to navigate during that because there was a complete economic collapse. And then obviously, this coronavirus, which is a whole different scale of how to do business, because it’s changed everything. So how do you build a business that can survive anything?

Recognize that Survival is Not Guaranteed

I think that’s a huge mistake that business owners make. They somehow just assume their business will be around a year from now.

What you really need to ask is, what can put out of business? But just don’t make the assumption, there are countless stallworth companies that are in bankruptcy right now. Hertz has been around for over 100 years, the car rental company. Look at J Crew, Neiman Marcus. It’s just the tip of the iceberg.

Wait until we get to the fall and you’re going to see how many more. Because companies, even good companies, only have so much cash flow. People ask how can a billion-dollar company go under? Well, a billion or company is not used to going eight weeks with no revenue.

There’s a great movie in the 80s about war games, and what it was about was software that would play out a war game scenario.

So for example, let’s say Russia at the time shot a nuclear warhead at us, it would show our response and the fallout that would happen. It was a really cool movie.

And I think you need to do this in business. I do this. I always ask myself every year the week of Christmas through New Years. What could put us out of business? What is our greatest threat? And with that, What do I need to do to better protect my business? Better fortify my business?

I don’t know who was on the board at Blockbuster Video, but if ever there was malpractice…if ever a group of individuals should give their money back, it is the board of Blockbuster. How did they not see streaming video coming? How you did not think this was going to happen? They didn’t see the Redbox in front of every grocery store or drug store which could conveniently provide the 80% most popular movies, which are new releases.

Never Have All Your Eggs in One Basket

You have to constantly be adding new revenue streams. I challenge our businesses every year to add new revenue streams. I sit down with my business partners and say listen, I don’t want to be the smartest person in the room today, so give me some ideas. We go down to the conference room and we throw ideas against the board. Sometimes it’s a completely new business, sometimes it’s a new division, sometimes it’s just a new way of doing what we’re currently doing, but the singular goal is to add revenue. The singular goal is to not have all our revenue in singular streams, because if that stream gets blocked, you’re going out of business, so you gotta constantly add new revenue streams.

You Need to Buy More Customers

What are you talking about? Let’s look at Amazon. They probably have the largest customer base right now but they’re continuing to buy customers. How are they doing that? They bought Zappos. It was a billion-dollar deal. Zappos was an online shoe store and clothing store that absolutely figured out overnight shipping and effortless returns. They really had the model of retail at the time down pat, and they had a massive customer base for clothing and shoes, which was really at the time a whole niche market that Amazon was able to just capture in one transaction.

Next, they bought Ring Doorbell. This was great because this bought the monthly subscribers, the holy grail of customers, the repeat customer. Then they even took it a step further and they bought Whole Foods. This is like buying a commodity. A commodity is something that really doesn’t have to be so much different. Forget that it’s Whole Foods, but more importantly, Whole Foods is a grocery store. This is a weekly shopper. So somebody who may have gone on Amazon, let’s say once a month. Now they have the every week shopper or the person who needed to buy organic apples and organic lettuce. It’s a totally different customer, and they purchased them

If you’re a small business owner you can still look at companies and competitors that you think are fragile, that maybe you can even partner with if it makes sense to you or you buy them out.

Get Credit When You Don’t Need It

I learned this in 2008. Banks or people do not want to loan money to somebody who’s trying to survive. They want to invest money in companies that are ready to thrive.

There’s a survive and there’s a thrive. I have learned that you get credit when you don’t need it. I’ve got a line of credit on everything but my shoe collection. I haven’t used it, but when I do a real estate deal, my office is constantly expanding a line of credit on that.

I have real estate that I have lines of credit on. I’ve got credit cards, with massive balances that I’m allowed to use, tucked away. Because I know that if I needed this, I could never get it. I may never need to use it, but I have it.

You need to learn how to save money.

Until we started putting money in reserves, I felt like if we had about three weeks of cash we were in really great shape. Maybe we would have a bad one week, but three in the course of the year would be about the limit.

Now in the current virus crisis, we had tons of cash. And we were able to deploy it in that we increased our advertising in a more creative way that people know that they could do business with us safely.

If I didn’t in guard cash, we would have been doing business at maximum, so every dime that came in was going out, which is a bad way to manage cash, and we wouldn’t have any cash reserves. Guard cash like oxygen.

These are my six pieces of advice that I share with every aspiring and even veteran business owners on how you can build a company that can survive nearly anything.