EP 237: Secrets to NOT Quitting Your Job 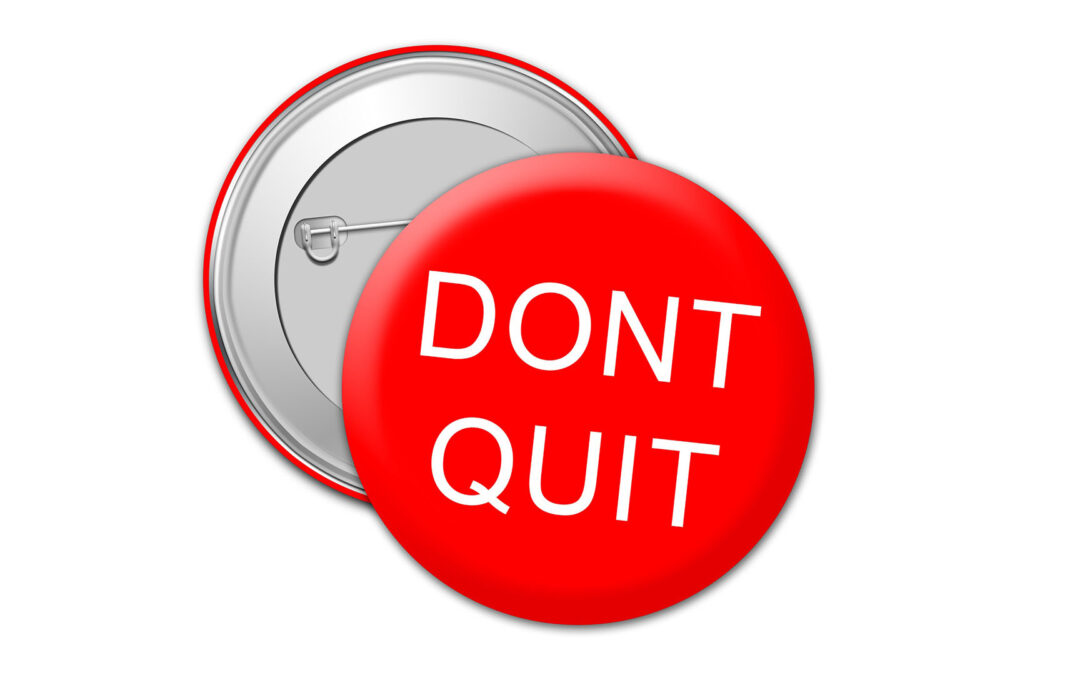 DO NOT QUIT YOUR JOB! It makes me sick when I hear people advise others to quit their job. Today I am sharing ways to KEEP your job while starting your successful business.

Today, I’m going to share my secrets to never having to quit your business to start a job.

Yes, you shouldn’t have to quit your daily job and what’s making you money to start a business. At some point you make the transition to that. I know that’s the end goal most people want because they want to be their own boss.

It’s funny, money is not the number one reason why people start a business. Typically, they want to control their own schedule, they don’t want to be laid off or downsized, and don’t want to have any control over their future. They at least want to be able to control their income potential. There’s just a lot of reasons why people start a business. I do understand it. At some point, you may want to get out of the job you’re doing.

But what I am telling you is, I’ve never quite a job the day I began a start-up because I needed money. I was married and I had a child, and you just can’t do something like that to me that just adds way more stress than you need. I don’t think it’s wise to quit just yet, and I’m going to share with you the secrets that I’ve used to make more money which I can put into my start-up.

I ask myself several questions.

What Can I Do in Two Hours Per Day that Can Bring Value to the Company?

I use this illustration if you’ve ever played rummy cube. It’s basically rummy, but you have these little plastic piles, great pool-side game, and the way to win the game is you get rid of all your tiles. The goal is to have nothing in front of you. Well, that’s how I think about business. I want to get rid of all the tiles of the things that someone else can do, and I only want to focus on the things that I’m gifted at that I’m good at that nobody else can do, or that might be really expensive for me to pay someone to do.

But I don’t want to get caught up in the minutia.

You have to ask yourself, what can you do in two hours a day? Maybe it sales, maybe it’s targeting your highest level clients, or you send out that email blitz or you follow up. Sales are absolutely critical to a start-up. I would tell you that it is something you could definitely put your energy into. Programming. If it’s a software company, programming would be something where you need to put your energy.

Networking. I’m in the business right now where I’m a partner with someone and the only thing they’re bringing to the table is their network, their Rolodex. For what it’s worth, it’s an impressive Rolodex. This person can get clients that we could never get. It would take us 10 years to get them without this person’s network. This person is partners in a business with me and he’s probably putting in two to four hours a week of just connecting our company with people that we could never get in front of.

Maybe it’s promoting your business. This is common where you have an athlete or you have somebody, for example, like Troy Aikman for car dealerships in Texas. Obviously, he’s not running the day-to-day, but his face is in all the commercials, his name on the front of it, he was the promoter of that business. This is also very common with restaurants.

There’s a lot of ways where you can put in minimal time and still have a life. There are many people who have done this, and you can do it too. What you need to do is you need to choreographic your week and really manage your time exceptionally well.

You Have to Be a Leader

You can’t delegate that.

You could have managers. You need to be the one that motivates your staff, cast the vision, creates the strategy, and recruits the team that can carry out the strategy.

I asked my son one day, we went into one of my companies to stop in for like an hour, and he came to work with me that day, and we went through and I asked him some questions when we got in the car. What is it that I did? What do you think it is that I did?

He said, “Dad, you’re like Five Hour Energy, you stop and you talk to all your partners and you just get them all fired up, you quickly ask if they have anything that they might need help with, and then you just kind of motivate them or give them a little bit of advice, then you move on and go to the next desk, the next office.”

The secret is you’ve got to be the leader that doesn’t require 10 hours a day!

Because you may want to get out of the job you’re at and if you think it’s going to take you 10 years to get there, it’s hard to stay motivated for that long. I typically only got involved in businesses where there was a short runway to start making money.

My rule is, is I want to make money within 30 days of any business I launch. I want to know that I have a marketplace that’s that ready for my product and/or service.

I don’t have patents. I’ve never put up more than $20k to start a business to this day. It’s 25 years later and I have very lucrative companies that make great money, but I don’t like to waste money. It takes $10-20k to get me proof of concept.

I want to know that it can work. That way I can stay excited because I know at some point I can get out of what I’m doing if I want to. I don’t try to get into these five-year projects where I’m not going to make any money and I’m going to be staying at what I’m currently doing for five years. I don’t think that will keep your interest level and I think you need to have something where you can see light at the end of the tunnel really fast. If you have that, you’re much more likely to stay in a job that you can’t stand even for a year because you know, “Hey, I can see it! We’re making money, I just need to hang on.”

I started a company 20 years ago and we started making money really fast. At the time I owned the direct mail magazine, but I was driving an hour every day to some of the territories that I owned and it was definitely wearing on me, but I knew we were making money. I saw the runway was really short and I knew that almost any time I could get out of what I was doing or do it less, or bring somebody to do some things that I was doing that I didn’t want to do.

I saw the light in the tunnel. I actually hung on to my misery about another 12 months because I brought in a partner and gave the money that was going to be mine to them because I saw a light at the end of the tunnel. That one decision made us a million-dollar company within three years. I think if I didn’t see that and I just quickly started moving away from what I was doing and got involved in the new company, it would have never been as successful as it was because I was able to bring in a partner that brought much more value to the business than I did.

You Want to Create a Team From the Beginning for Everything

I want to get all the responsibilities out from under me systematically. I want to know that I have a team that I can hold somebody accountable for every area of the business, sales. I have a salesperson who I go to for sales. I have somebody in the office who handles all the office responsibilities. If it’s manufacturing, you want to have a team that you can trust and you must start creating this team from day one. It should be good enough for you not to be in it.

You Want a Partner if You Can

You want a partner, if you can, with someone that has the time, the energy, and the expertise to bring to the business if they don’t have capital.

I’ve done this countless times and it’s forced me to stay doing what I was currently doing because I forfeited my profit to bring on great partners. Again, I saw light at the end of the tunnel and I knew that this was a short-term pain to make money. Partnering is one of the strategies that I’ve used.

This Allows You to Start Another Business

If you do all of this and you’re not caught up in every single piece of the business, it allows you to rinse and repeat. Now you can start another business somewhat similar to this one when it’s successful. If you can start one successful restaurant, you can probably create a second one. If you can create one service company, you could probably create a second one. If you’re caught up and you’re consumed by one business, it’s hard to rinse and repeat.

It Allows You to Be a Utility Player, If Necessary

If one of your players is down. If you have all your position players handling responsibility and for whatever reason, one leaves you, it allows you to step in short-term. And if you already have a major responsibility and you’re burnt out already, you don’t have that flexibility.

These are my secrets to never having to quit my job to start a business.