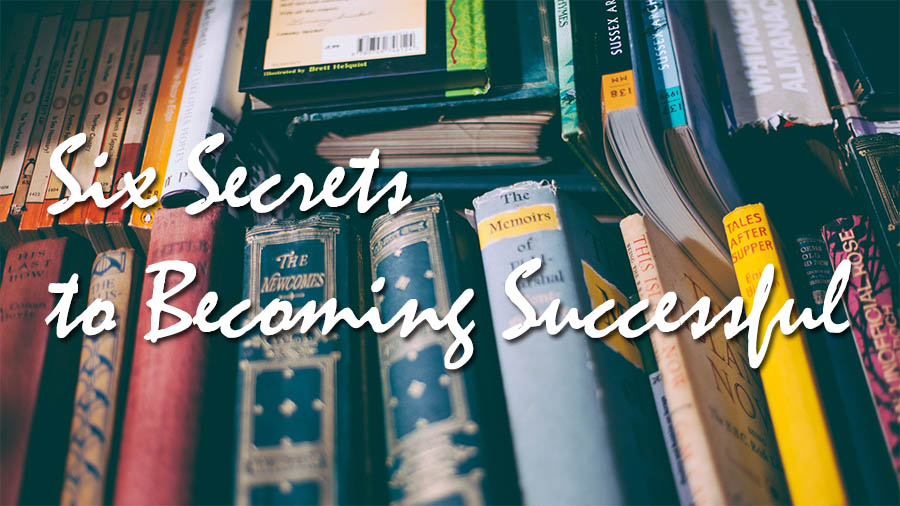 Today we are talking about the 6 Secrets to Becoming Successful! If you are seeking greater success in your life then this podcast is for you!

What we’re going to talk about today is how to become successful.

I get this question probably more than any other question. I don’t want to say there’s a secret to success, but now that I think about it, there just might be. I definitely think there are certain things that successful people do, or things that people did that made them successful. I’m going to take you through the six that stand out to me and I think this will be a great help.

You Have to Decide You Want to Be Successful

Somewhere in your brain, you gotta look around and go, I want that life, and I’m not talking about when you look at celebrities and all that social media nonsense. I can tell you growing up that I noticed other people live better than I did, there were houses, friends that I liked to visit their house because they had great snacks and it was just more space and it was just a happier place to be, if I may be truthful with you.

I noticed they drove better cars and they went out to dinner more. I think the first thing is, is you have to decide that you want to be successful. Speaking at colleges, I always say, Listen, money is not everything…but it’s in the top five.

Yeah, money is not everything, but it’s in the top five.

Millennials talk about never having any money, but they don’t have any bills either. I want to talk to all of them when they’re 35 and they’re figuring out how they’re going to put their kids to college, pay for their two daughters’ weddings, mortgages, things that. What happens if one of the spouses gets laid off? I want to see how that “no money”concept works then.

Do What Successful People Do

What do you mean? They become great at one thing and they monetize it. They’re not a Jack of all trades. Average doesn’t pay any money.

I’m going to be frank with you, I think I’m one of the best in the world at what we do, there’s nobody better in our area for what you’re looking for. I’ve been doing it for 15 years, as a matter of fact, that’s all I do, I specialize in that. There.

Okay, hey, you got my attention.

Don’t be a jack of all trades, be a master at something.

Start asking yourself, what is it that you do that’s easy for you to do, and it’s maybe not as easy for other people. What are the things that people compliment you on? That’s letting you know where your area of giftedness is. I just knew that being successful, highly successful at one thing is something that I needed to do. In sports, I was a good athlete, but I focused on one and became great at one, to the point where it would pay my way to college.

Develop Your Area of Strength

Set Challenging Goals and Take Action on Them Every Day

Every day when you put your head down, you want to know what ball you want to move forward. You don’t ever want to go to bed at night and know that you haven’t moved the ball down the field.

Set challenging goals and take action on them every day.

This is how you become great. When I first met two millionaires, I looked at what they did. There were certain things that they did that were different than other people I had ever met.

I remember getting out of college and I was near the area where I graduated high school, and I reached back out to really close friends that I went to high school with. I’ll never forget, I called one of my buddies and he’s like, “I’m just going to sit down here and kick back with a six-pack and watch The Simpsons.”

To be frank with you, I’ve never watched a cartoon as an adult unless I was watching it with my kids. I knew then that this relationship was over, in the form that I was going to have adult relationships.

Read Books About How Other People Became Successful

And then let me take it one step further…just read books.

CEOS do one thing different than everybody else. They read on average 60 books a year, let’s just say one a week. I have over probably 700 books in my Audible library, and I allow my friends to have access to my entire library. Literally every week I’m buying a book, and I typically buy two or three. I can give one away, but I want to read biographies of successful people. I want to read how people started companies like Nike. That fascinates me. I love to hear how a coach built an organization or a team and how they coached it up or how they built the organization, things like that. I love to read non-fiction books about just the qualities of successful people.

This is how you become successful: