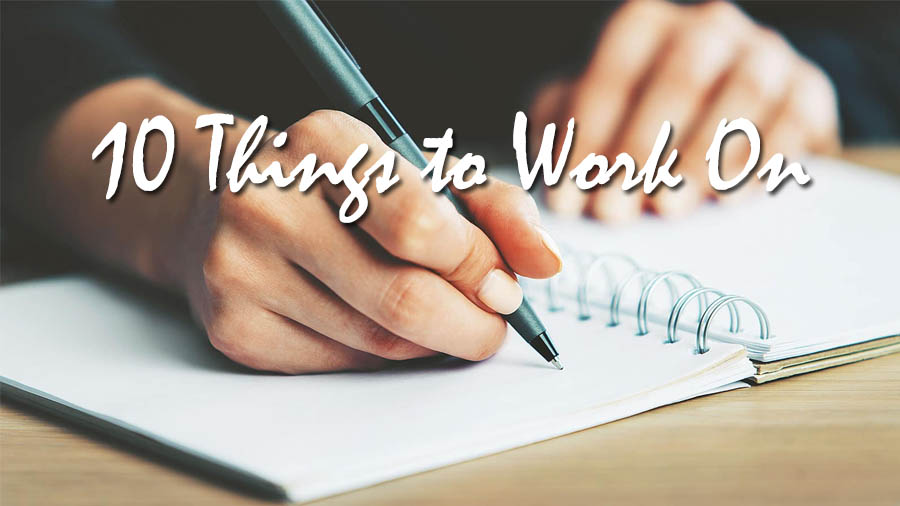 Assuming you want to be a GREAT ENTREPRENEUR then you MUST listen to today’s podcast on the 10 Things to Work on to be a Great Entrepreneur!

There are qualities that successful entrepreneurs have. I’ve said this all along that it’s not the idea. You can put a good idea in the hand of an idiot who’s lazy and nothing’s going to happen. A successful person has these qualities. Even if their the first venture fails, they’re going to learn from it and the second one’s going to succeed.

And the one thing I tell people is to develop the qualities of a successful person. I’m listing these for the entrepreneur because a few of these really help you as an entrepreneur, but most of these would help you in nearly any profession.

I call these my 10 Pre-requisites for a Successful Entrepreneur

They Have the Ability to Identify Great Ideas

That does separate them from the average person, but they have the ability to determine between good and great. Steve Jobs said that he made decisions all the time between a good idea and a great idea, and it’s the ability to focus and to identify great ideas that distinguishes you. We’ve all seen people lose money all the time in bad investments.

They Take an Initiative

You don’t have to force them to do anything. They want to get it done because they are get-it-done type of people. So they take initiative.

They are driven by a goal and they are consumed with it. When I have a startup, I’m consumed with getting that thing off the ground.

I’m working on one right now. I need another business like I need a hole in the head… and I was working on the business plan with one of my business partners today. We were doing the numbers about what we need to do to scale it. It’s funny, it really doesn’t even matter if it’s a quarter of a million to maybe $500k of potential in this business, but I would be just as excited if I was dealing with one of my million dollar companies. They’re driven.

They Have a Goal

you can’t have a good idea every six weeks, and that kinda goes back to the first thing I was talking about, successful entrepreneurs know how to identify the number one thing that needs to get done, and they say, laser-focused on that, we have this. You know this impression that entrepreneurs just run from one idea to the next idea to the next idea. No, no, I mean, Bill Gates was relentless on one thing, Steve Jobs was relentless. It first started with the iPod. I mean, he cleared the decks for four years, focusing on launching that.

Let me give you a common denominator of Steve Jobs, Bill Gates, and Elon Musk. They all work 100 hours. When they got it going, Bill Gates did not take a day off in this 20s. Not one day. Now he lives a pretty good life, but there’s a heavy lift in the beginning, and you gotta be doing it.

Nobody, when you’re starting a company, nobody around you is going to work harder than you do. They see you being lazy, they’re not going to work hard. You’re going to set that standard, so plan on working hard initially, for sure.

They Have Relentless Determination

You are going to hit obstacles you never saw coming and if every obstacle delays you because you’re paralyzed, you can’t have that happen. What I see happens sometimes when people are in a tough situation is they can’t make decisions. You gotta be determined to keep moving no matter what, what’s going on. You can’t quit, so it’s that relentless determination that will make you a successful entrepreneur.

The mathematics don’t add up. Entrepreneurs are always trying to get the odds in their favor and they understand that you’re going to take a risk. Any time you start a business, there’s a risk. There’s no guarantee a startup will work, but that’s why there’s a business plan. That’s why you beta test things. That’s why you have proof of concept. You have all these things in place to mitigate risk.

Well, a team of one. You make money exponentially based on your time. Do you work 60 hours a week? That’s great. That’s okay. Even if you made $40 an hour, it’s a $2400 a week, but $110 a year. I guess you can live on that. It’s not the math, I like. I like the fact that I have many people working for me and I make money off of all their hard work.

That’s building a team. They understand that I started the company. They understand that risk-reward bet that I took and that’s just the reality of it. But it’s only been my ability to build team that allowed my income to scale. If not, I would be making money off of my time and even if it was really good money, it’s still limited in that if I ever got sick or hurt or something like that, and I couldn’t work, I would lose that. So I have limited skills, limited talents, but my ability to build a team is what’s made all my companies grow. It’s the smartest decision I ever made. Nineteen years ago, and I launched one company and I gave up my salary to bring on a partner and actually bought his company. Then the very next day I gave him my salary to come back and run the company with my company, combining the two together. This gave us market share dominance.

If you can’t build a team, I don’t know how your company is going to grow, because I think that’s the one thing I do more than any one thing is to identify talent, recruit talent, retain talent, and motivate them. That’s how you build a team.

They Have People Skills

Steve Jobs kinda defied this, but as a general rule, unless you’re a genius with a billion-dollar idea, you’re not going to get away with this. It doesn’t look like Mark Zuckerberg has tremendous people skills as well, but I think that is rarefied air, and I don’t know about Elon Musk as well.

I do think brilliance has blind spots. You notice that in this list of qualities, I don’t put brilliance as any of the ten. Because I don’t think it’s required. I think if you do have brilliance, you could probably get away without having people skills, because most people that are pretty bright can recognize when they’re around genius, and they just kinda know to kinda overlook the rough spots with them. I guess when you are working with Bill Gates and Steve Jobs and they were going through their tirades, guys would let it slide, but for the rest of us, people skills go a long way.

They Have Leadership Skills

If you’re a poor leader, if you are a six on a scale of leadership talent, you’re not going to hire people greater than a “six” or “seven”. Mark my words on this, you’ll never keep a “ten-level” of talent.

You have to develop your leadership. It doesn’t mean you have it right away, but you have to be able to make decisions. You can’t be paralyzed when a decision needs to be made. You need to make decisions when hiring and letting people go and what’s going to be the vision of the company. You’re going to have choices all the time between good and great, and leaders know how to make the great choices.

So again, what I talked about today was the 10 Pre-requisites for a Successful Entrepreneur.