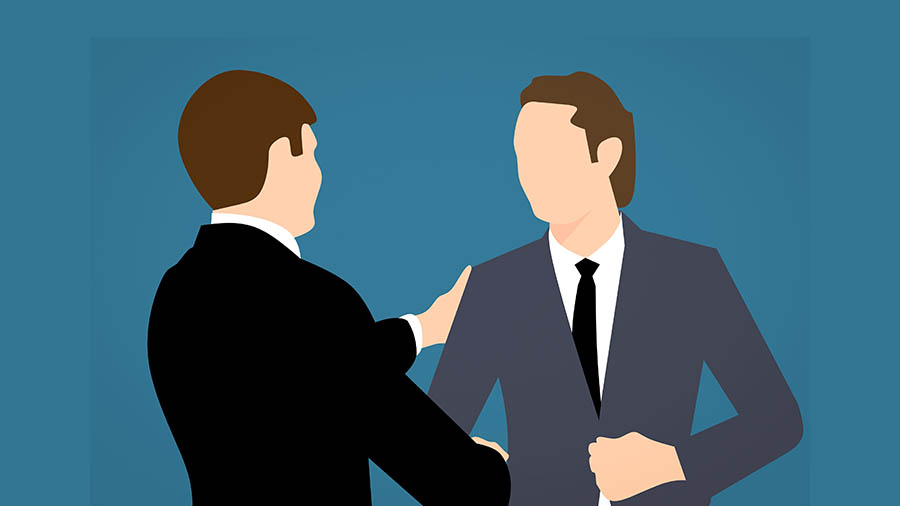 Are you struggling to keep your superstars on your team? In today’s podcast, we are talking about the 10 Ways to NEVER Lose an Employee!

We’re going to talk about today is how to reward employees. Everybody says, “just pay more”. And that’s never enough…

I know it’s going to surprise you, but I say that one of my superpowers is the ability to identify, recruit, and retain talent. I have the most amazing staff and they’re so crazy talented. I know they get job offers every month, and I just know it because they are talented people.

Talented people don’t even have to put their resumes out. People come to them. If you ever want to know if you’re really good, you don’t have to put your resume out, you just have offers or emails waiting for you.

Money has a little bit of a play in it, but it’s not everything. It makes up about 20% of what it takes. The first thing is a big financial bonus. This is a one-time thing. You want to reward an employee so you put them on a big project. They hit it out of the park and you made profitable revenue on it, so give them a one-time bonus.

I just brought an employee to a job that I needed him to take over, and once we got there, the customer did a massive add-on. My employee just kind of said, hey, that’s going to be a lot easier than you think If we do A, B, and C, and I think I can do this. And this is literally is going to be like 80% profit. I said to him, here, I’ll give you this… thank you. I gave him a bonus. I’ve done bonuses up to $20k and in my industry…that’s crazy money.

So I’m really big on giving one-time bonuses. Why I like a one-time bonus is because they’re great for specific goals. If it was a one-year goal and they hit it and you give them a big check or something, a lot of times is the biggest check they’re ever going to have, or at least the first of the biggest checks they’re ever going to have. That will really lit a fire under somebody, a large check.

There’s no getting around that.

If they’re a great employee, are you paying them what they’re worth? Ask yourself if it would upset you if they were working for your competition? If the answer to that is yes and you think you could lose them, then give them a raise. Don’t wait till they come to you, that is the biggest mistake.

I’m going to say that’s the biggest mistake employers make is waiting for the employee to ask for the raise. If they’re asking you for the raise, trust me, they have probably already been looking…or somebody is talking to them.

So one strategy that I’ve always done is give them a pay raise before they ask for it, and my philosophy is always round up. I’m not into little raises, I always round up.

Give Them the Day Off/Couple Days Off

Give them a four-day weekend in the course of a year. How is that going to affect things? If you have an employee that’s working their tail off and you can tell they’re burnt out or they’re fried, or sometimes they just got personal stuff going on, you just need to go, hey, listen, go take care of that.

For example, they got a kid getting ready to go off to college and they’re packing them up and they’re going to drive them down there, or before a weekend, they have relatives coming into town, and you hear him kind of saying, “Yeah, my inlaws are coming in on Friday”. Why don’t you take Thursday and Friday off to get Thursday to get everything ready?

Allow Them to Be More Involved in Decision-making

Do you want to reward an employee? Let them feel like their voice is heard. Their strategy is value. Allow them to be more involved in decision-making.

Yeah, you say it where other people can hear and it just needs to be genuine. This doesn’t work for everybody. Some people are embarrassed by this, but there’s a lot of people where this is their language because nobody’s ever done it.

Some people were good athletes, so they’re used to getting accolades or they were the best in sales. But there are some jobs that for whatever reason, they don’t typically get publicly acknowledged for what they do. Publicly acknowledge their hard work, their contribution, or achievement.

Promote Them to a New Position

If they’re so good, reward them with something better. People want to move up the chain. Move them up the chain, give them a new position.

This is if somebody’s been in the same position for a while. They may be looking around because they know they’re ready for a new challenge, so you promote them to a new position because you need to give them a new challenge. It’s not so much the position which should pay more and all that, but sometimes it’s the challenge as well. They need a challenge.

Allow them to be their own boss to some degree. If they’re such a good employee, you should be able to give them more rope. What I tell my staff is his, if I need to manage you, you’re not good enough to work for me.

Now there’s other people within our staff that may not apply to, but I don’t oversee directly a lot of my employees. I have my partners now, but I do have a few employees that are just absolute profit streams. They’re high-level employees, and I don’t need to put anybody between me and them. That’s my point, that they’ve been with me long enough. They know exactly what I expect and I don’t have to manage them.

I always joke I could scribble out a job on a napkin and go to a different country and come back and they would have knocked it out of the park. My customer loves them.

So you need to give some autonomy to people, and they love to get that. People don’t want to be micromanaged.

Make an investment in their education, certifications, et cetera.

I gave one of my staff a couple of years ago a half-day off on Friday so that they could take a college class that they were really interested in, and it was nothing that really benefited me. It was kind of like a passion thing that they had. Let’s say for whatever reason, one of my staff was really interested in art and the class was only offered at like three o’clock. I’d let him off. They can just work until lunch. Classes run 12 weeks, so I’m going to give them, let’s say, three hours off that one day.

You don’t think a good employee’s going to give that back to me without me have an ask for it? You don’t think they’re going to work a little bit harder than the other days? Of course, they are! Invest in them!

Give Them More Help

A helper, an assistant, intern. Whatever the case is, give them more help.

In my business, sometimes it’s just an extra set of hands that can help them. In the construction business, that’s really helpful. I also own a digital marketing company and interns are incredible with our staff. It’s because they’re completely different types of companies. On one side it’s kind of like helper. In the office, they just need an extra person to answer the phone sometimes, and just to do the paperwork. I have one person who just does our thank you letters, my staff hates doing them.

One thing I do for my staff, this kind of nothing to do with this, but it talks about giving them hope…my staff is allowed to tell me something they don’t want to do! They just hate doing it and they’re going to do it their way.

I have a secretary who cannot put anybody on hold.

I just say I give up a fine, let him go to voice mail. I have another one who’s horrible at collecting money. Horrible at calling a client and collecting money. I gave up. Don’t worry about…if it gets to the point where they always owe a lot and they won’t give it and you can’t do it. Give it to me and I’ll give it to somebody.

Give them more help.

Make Them a Partner.

So these are 10 ways to reward your employees. I encourage you, get creative, do these big one-time financial bonuses or increase their salary and pay. Give them a couple of days off, allow them to be involved more in the decision-making, publicly acknowledge their hardware contribution and achievements. Promote them to a new position, they want to be challenged. Give them more autonomy,  invest in their education, certification, etcetera. Give them more help, whether it’s a helper and assistant, make them a partner.

You’re not going to lose employees and I very rarely lose them. I don’t lose anybody I want to keep… I can tell you that.