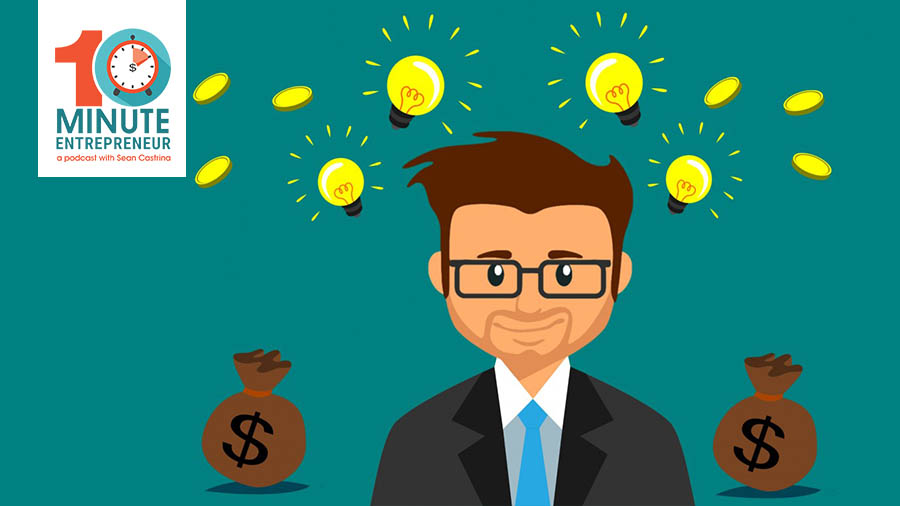 Are you looking to get an investor for your business? Today we are talking about the 7 Bells You MUST Ring to Get an INVESTOR!

What we’re going to talk about today is how you get funding from investors. What are the 7 Bells You Need to Ring to attract an investor?

Remember that TV show American Gladiators where they have to keep going from one section to the next section? You kind of hit a bell at the end? Well, you need to hit all seven of these if you want an investor to put money into your start-up.

This isn’t going to be your family and friends. I don’t think that’s always a great idea. If you ever do go to a family and friend for money, my rule is this: never take money from somebody who cannot afford to lose it. Never take money from a family or a friend, unless you would bet your life on your idea because it will make the next family get-together extremely awkward, when you owe somebody $50k or something like that.

Alright, let’s go through the 7 Bells You Need to Ring.

You need to clearly show an investor who is considering funding your startup your proof of concept. They absolutely need to see that there is a proof of concept so that they know that your product and service does what it says it’s going to do. You better have this.

You have a competitive advantage that will differentiate you from others. They want to know how are you going to be different. And I always say Shark Tank is very similar to how it’s going to go, but you propose your product, you know your product, and then you have other competitors out there assuming you’re not in a completely blue ocean with nobody else near you. You’re going to have to be a little bit different.

Have a Wanting Market

You have to have a wanting market for what you are selling, and the bigger the market to better. You can’t be trying to find customers under a rock or an exclusive person you’re selling to. No, you want a massive target market. One, they’re easier to attract that it’s not like finding a one-eyed unicorn to sell to. So the larger the market, in a wanting market. That’s where you’ve beta tested it and you can kind of show them that this is the market size and this is who you believe you can attract and how you’re going to do that.

So you have a market. How are you going to reach them? They want to know that. The bigger the market, the better.

They’re going to ask you a lot of financial questions, but profit margins are going to be critical. Is enough meat on that bone for everybody to make a little bit of money?

This is where you’re going to say, this is the cost to produce it, to manufacture it, we beta tested and sold it, this is the margin in between here and here, etc. Obviously the greater the margin, the more attractive your business proposal is going to be.

Show Where Money Is to Be Spent

They want to know that their money is not just going to go towards operating expenses because they feel like if your business had any proof of concept, it should already be at least running itself. They would much more prefer to have their investment go towards expanding your marketing campaign, increasing inventory, something along the lines of that. Most importantly, they want to know how is their investment money going to be spent.

They want to know the team you have in place if it’s in the very start-up phase or to scale this business. They’re going to look at you as well. You know, you’re the leader of the team, they’re investing in you. To be honest, if you’re a loser, they’re not going to invest in you. No good investor is going to invest in somebody that they don’t have any confidence in, or if they don’t have any confidence in your team.

They want to know you have the ability to take this business to the destination and investor knows where it needs to go to make the kind of money they want, so they want to make sure that this is the team that can do it and they’re investing in that team. So that is just a very critical part when you’re pitching your idea to investors.

Is the risk is worth the reward? They want to know that. If this works, it’s worth the potential loss? Is it enough to intrigue them? Is it enough to get them interested? And this is kind of important because every investor is at a different stage of what they’re willing to put up for the risk.

I had somebody pitch me an investment idea a few nights ago, a Real Estate idea. It’s not a start-up. I’m still looking at some of the similar things. Is it worth my time? Am I going to get a return that’s worth it? What is the degree of risk? This type of property, this type of deal, I end up saying, I’m going to pass on this.

Because what I’m going to make on it is not enough to change my life.

It’s just not going to exponentially change anything. I’m not going to drive a different car, not going to live in a different house. But if I lose this money, it’s going to piss me off. I’m going to be frosty. so that’s just. Maybe that’s my mindset, but is the risk worth the reward?

To me, it wasn’t. And again, I think investors look at this the same way, so let me go through the 70 bells and I’m a narrow down the role, four quick things.

If you have a really good idea, I’m going to give you kind of like a cheat sheet. The four big ones.

You ring those four bells loud enough and big enough, and you’ll probably get an investor no matter what.