Ep 262: Why You’re Broke and Will ALWAYS Be Broke 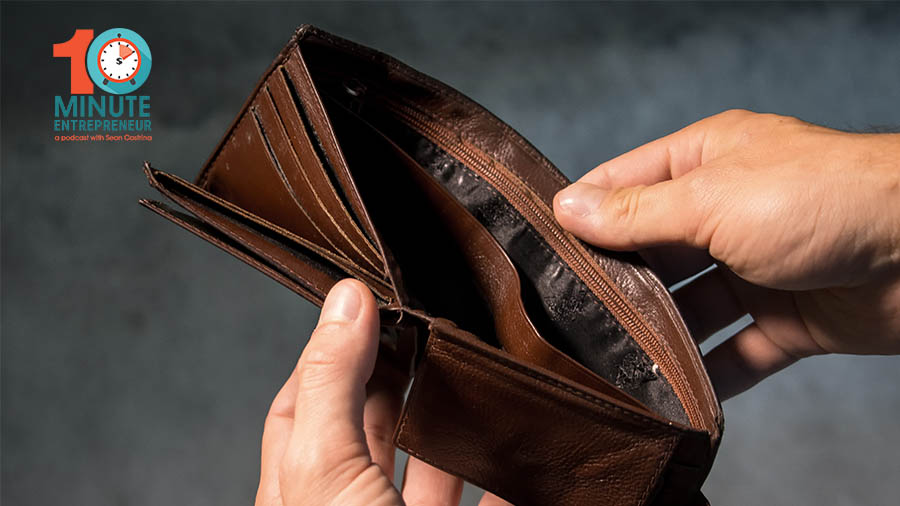 Today we are going over Why You’re Broke and Will ALWAYS Be Broke!

As somebody who grew up poor, you will always be poor. You will always be broke if you don’t change something. This is called why you’re broke and will always be broke, so I’m going to tell you what needs to change if you want to change your financial situation or you want to break that generational poverty, which was my family where you just live week-to-week. I don’t know if we were dead poor, but anything threw my family off. If something went wrong with the car, something went wrong with anything… someone had to go without. That’s no fun.

So let’s talk about why you’re broke and you’ll always be broke. We don’t want that to happen. I’m also going to share things that can change it and move it into your favor.

It’s All You Know

So it’s all you know. It’s all you’ve ever seen. Everybody you know has been poor and or struggled with money. They live week-to-week.

I know in my situation, that’s all I had ever seen. At the very best, my grandparents had a little bit of savings, but even they, as soon as they took on some later life expenses and health expenses, would die completely broke.

It’s all you know. You gotta break that cycle.

You Think It’s Impossible to Change Your Lot In Life

You think it’s impossible to become wealthy. If it’s all you know, you tend to slip into… this is just the way it’s going to be. It’s impossible for me to change it.

That’s just not the case! And I know if you’re listening to a podcast, you don’t believe that, because people listen to podcasts typically are trying to improve themselves.

You Haven’t Made the Firm Decision to Be Wealthy

I can tell you one thing. I knew even as a teenager that I would not be poor. It’s funny because Warren Buffet said the same thing. He said even as a teen and early teen, he knew he’d be rich.

I can tell you I felt the same way as soon as I started mowing lawns and could make my own money. Then what I would do is I would get somebody else to mow the lawn. So I’d get a $5 lawn, get a friend to mow it for three, and I’d make $2 to do nothing. I knew even at its smallest level, that I had kind of gotten a taste or I saw how money worked and that I would never worry about money.

You Have No Financial and/or Economic Understanding

You have no financial intelligence. This was me. I didn’t know anything about money. I took us a one-day seminar in college so that I could understand money, and I understood what good debt was and bad debt was, and in a budget, how much should go for a house. And I remember I got this little booklet and it said, you can’t spend more than 35% on your house and you shouldn’t spend more than 15% on your auto.

And then it was like 7% for clothing, 7% for entertainment. I don’t remember the breakdown completely, but that was an eye-opener for me because I probably coming out of college would have spent 50% on housing because I didn’t know any better. I would have spent my money before it even came in, so you need to get some understanding of money. Tony Robbins’s book called Money is a fantastic book on investing. You couldn’t go wrong with Dave Ramsey, either. It doesn’t mean you have to buy into every piece of it, but there’s nothing wrong with being adverse to debt, which Dave Ramsey is.

Getting some financial understanding and getting some knowledge is just critical.

If you don’t make a great deal of money, you’re going to have to make some changes. Let me just give you two really quick ones.

Number one, you’re going to have to be better at what you do. I don’t care what it is. If you’re an employee, be great so they pay you more. If you don’t make enough to survive, it’s hard to get ahead. So you need to become excellent at your job so they’re willing to pay you more.

Number two is you need to do more than what is required. I always say everything starts at the 41st hour. You may have to have a part-time job and you use your part-time job as what you fund your investments with, or how you amass real-estate or what you’re going to use to gain enough money for a down payment on a house.

You Have No Plan

You don’t even have a plan on how you’re going to be wealthy.

Reading would help you, but let me give you some simple things. This is what I tell my kids, I’m going to give you like How To Be A Millionaire and never worry about money if you just do these few things.

My daughter’s a school teacher. She really doesn’t care about money and is fairly oblivious to the entire concept of it, but this is what I told her when she got her first paycheck coming out of college. Put 10% of your retirement in an index fund. I just told her you just go on a little bit of the stock market all the way across the board and never touch it. Every 10%. So right away, you’re going to live on 90% of what you make and just not to bore you, but it comes out tax-free. It really doesn’t feel like a complete 10%. And it grows tax-deferred.

Typically, your first house has the lowest mortgage you’re ever going to have because it’s a starter house, and they generally make very good rental properties. So you buy your first as he bought it at 27 and let’s say you about your second house at 35. Well, that’s a great plan. You’re going to have two houses paid for in retirement, plus that 10% of your retirement that you’ve been putting away… that’s huge.

You Have No Discipline

This is why you’re going to be broke because you spend your money before you get it. You don’t have the discipline, like I said, to buy one house and not sell that to buy your second house. You’re always wanting more than you can afford.

You need to have discipline.

If you just follow what I shared with you, you’re never going to worry about money.