Ep 263: How to Kickstart Your Startup 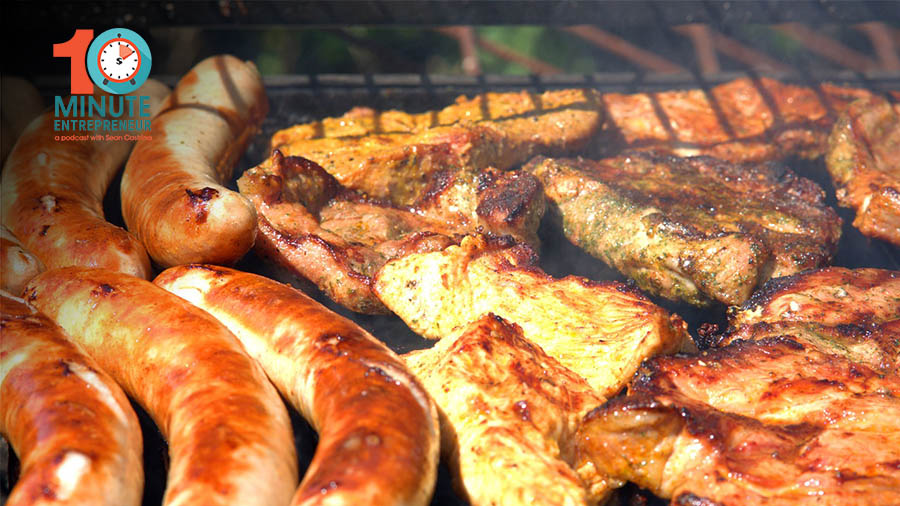 Today we are talking about “How to Kickstart Your Startup”

Share this podcast with someone you think needs to hear this today!

I get the question all the time:

My startup is struggling. What can I do?

The problem is you can get overwhelmed with the big picture, but survival is going to require kind of surviving one day at a time. You need to set some short-term goals. Maybe this is a short-term sales goal, maybe this is a short-term customer acquisition goal. Wherever you’re lacking, you need to set a short-term measurable goal to get done this week or within the next two weeks. The problem is you can’t set big, long-term goals right now. You want to kick-start your start-up and something needs to happen really, really fast.

A guy told me some great advice on an interview I did. He said, “People get so caught up in customer acquisition”. He said “They really in the startup should set a goal to acquire one customer, then 10, then 100, then a thousand, and the 10X-ing it”. If you set your goal initially to start with 10000 customers, that’s a big overwhelming goal. So again, the first thing I want you to do is set some short-term goals. These are really good because they’re going to create some momentum when you start accomplishing them.

Involve Other People in Your Goals

This creates the momentum talking about, but it gets your team to start celebrating a win. As you know, you know the only way you can break a losing streak is to win the next game.

So what I’m trying to get you to do is win the next game. We’re not looking a year out. We’re trying to kick-start a startup that is stalled right now. It’s maybe not making revenue, maybe you’re afraid it’s not going to survive, and I want you to set some short-term initiatives, but I want you to involve other people in them.

The problem is, as a founder, we tend to be the Lone Ranger, and this is where you really are going to struggle if you’re the only talented person in the building. This is why it’s good to bring on smart people, people with some energy and some real assets to the company early on, because it’s hard to achieve goals if you don’t have the team to do it.

Motivate Your Team with Incentives to Achieve these Goals

You can have multiple goals. I’m not saying just to have one, but maybe there’s a sales goal. To reach a sales goal, typically you have to have so many leads or so many customers. You might have to have a marketing goal too, so there may be two teams with two different goals. Obviously, one feeds the other, but again, there needs to be an incentive, whatever it is, and it’s not always financial. Maybe it’s a day off on Friday, or you have catered lunch. Whatever it may be, just give an incentive. People are far more apt to give you more if there’s an incentive for them to do it.

Why do I say this? Because typically, if you’re looking to kick-start your start-up, this is where you can start losing talent. People can typically smell blood in the water and you have to change that culture. You have to make it a fun place to work so they don’t bail on you, because that’s what you don’t want to start happening, is to start losing key players. Do a Monday breakfast or a Friday cookout. Just bring a grill to where you guys work, cook burgers on Fridays when people come in and get their paycheck. Hot dogs, donuts, and coffee Tuesday, whatever it is. Have pizza delivered on a Wednesday. These are small things you can do, but you need to make work fun again. People can sense when there are struggles.

You need to pick a fight. Do you want to un-stuck your start-up? Do you want to kick-start it? Find an enemy. I’ve always picked the competitor and drew that out as an enemy like this is the person we want to beat.

I would go to their office park and take a picture of all their vehicles in their office and I blow it up and put it in my office because I wanted my team to know we are going to be bigger and better than them. We’re struggling right now, but trust me, my goal is much bigger.

Create an enemy. Microsoft, Apple, obviously, they used each other as enemies and now you have Samsung and Apple and different things like that, but you need to create an opponent. Your competition needs to be the villain. It’s very easy to get a team excited about overcoming the villain. You need to create a Darth Vader.

Get Your Customers Involved

You need to make them cheer for your company’s success. You need to get customer testimonials. Communicate during your startup phase to your customers how valuable they are to you.

What you’re trying to do is get your customers to cheer for your success. This is something I always did early on, sharing a startup story that made our company. You need to create a startup story that gets your customers excited about your business and why you should succeed and why your competition is the bad person. That’s why your value proposition needs to be strong, so that the contrast is easy, and so that they have a reason to cheer for your company.