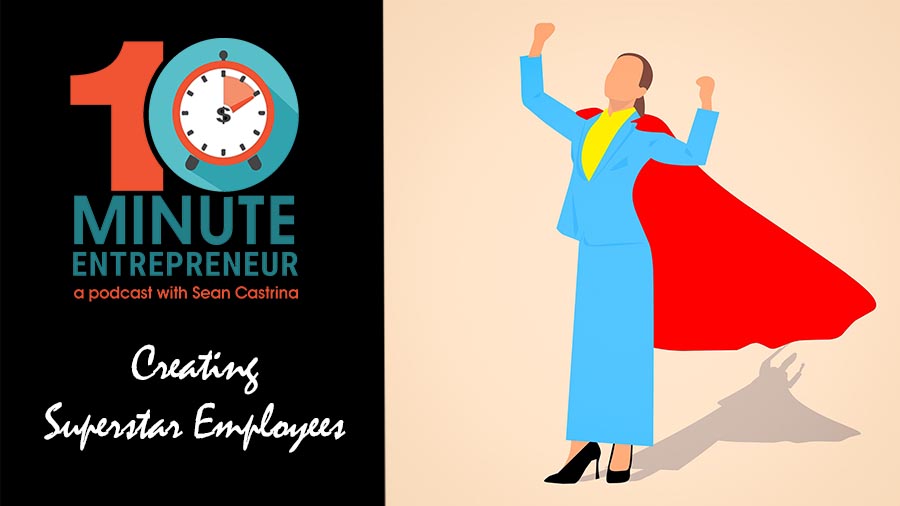 Welcome back to another teaching episode! Today I will be showing you how to create SUPERSTAR employees!

How do you create superstar employees? I want you to think about this for a second.

Learn How to Hire Superstars

Sharon Sandberg was a superstar from day one. Steve Ballmer was the 30th hire with Microsoft, so I’m thinking pretty sharp. You’ve gotta be able to identify talents. If you’re sitting across from somebody talented who can move the needle in the company, increase sales, dramatically improve the company, then you hire that person.

So the first thing is if you want to have superstars, you gotta hire superstars. You need to know what they look like, and you need to be able to pay the money for them.

Learn How to Develop Talent

Expect Them to Be Great Employees

They’ve done studies with elementary school students where they’ve divided up classes randomly and told one group that they are the brightest kids in their class and that group performed the best in their testing.

Have an expectancy that they’re going to do well and communicate in such a way that is past where they’re even at. I always say I communicate at the standard I want them to be.

Review and Encourage with Direction

We give everybody kind of a trial basis. Occasionally, you got a superstar and you’re just so grateful to sign him for that lifetime deal, or at least you hope they’ll be with you for life. But a lot of people, you have a 30-day review or a 60-day review and you review what they’ve done and where they’re at.

These are the two secrets:

You encourage them. That’s the expectancy.

I’m excited that you’re with us, Sally but I could see you running this division.

Then you give them direction. No matter how talented somebody is, I always want to teach them something that can make them better. Sometimes, I have to read up on it just to be able to take them further.

So I want to review an employee after a time period, I want to encourage them, and I want to give them a little direction.

Your ability to develop talent is critical if you’re going to be a leader of a team.

Watching sports this past week reminds me how the greatest coaches develop talent. The back-up player is ready to play. You gotta develop talent. It’s the same thing in leadership. How do you do that? You mentor them with other people that are where you want them to be. If you have someone in your company who is the model of what you want, get them to mentor somebody. If you’re not having your top level people mentor someone, shame on you. You need to get them in each other’s orbit. That’s the problem sometimes. We have the hats and one part of the building and the have-nots and the other. What you need to do is have them intermingling so there’s some mentoring going on. You want to create super.

You need to reward their advancement. You need to give them a motivation to keep moving forward. I talked about Sharon Sandberg getting $1B in stock options. Steve Ballmer received $50. I said fifty.