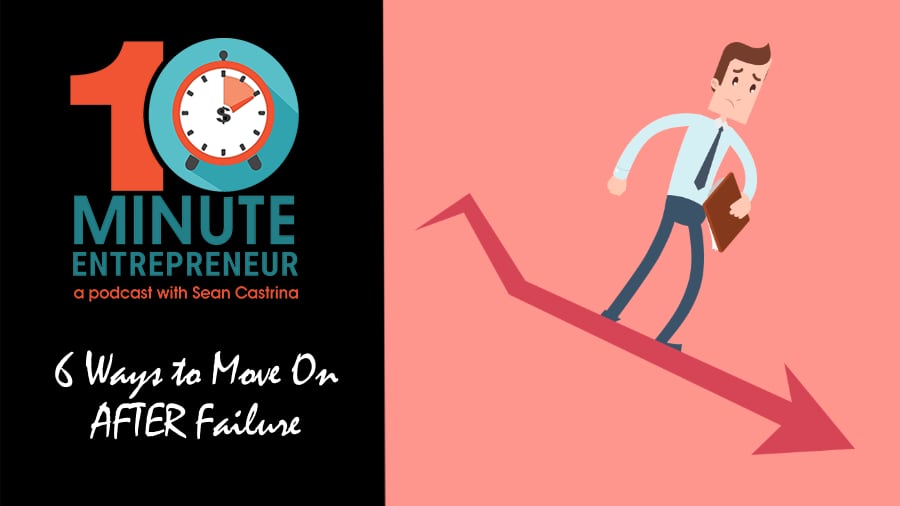 I hope you had an amazing start to your week! Today we are talking about the “6 Ways to Move on AFTER Failure!”

Wouldn’t be great if everything we did we succeeded in? About half of my ideas do great and the other half fail. Realistically, perhaps one in three things I do succeed at the level I want it to. So you have to look at failure differently. I get asked a lot, how do you move on after failure?

Don’t Dwell on the Failure/Let It Go

It happened. Don’t stand there and look backwards (but you can learn from it). Look forward at what’s ahead.

How Can You Now Make Money (the fastest way possible)

For me, I had to go back to sales, which I was good at. It has never been my advice to start business when you have no job.

What Can You Leverage Moving Forward?

You can do things when you have good credit. You can gets loans and leases. Do you have cash to leverage? Without credit it’s hard to do certain deals.

I leveraged my sales skills to make as much money as I possibly could at the time AND build my network.

That might be getting a job or achieving someone that gets momentum rolling in your favor.

What did you learn from failure? Don’t make the same mistakes again.

Think about what happened in a different way. It created the next opportunity for you. Don’t put a period after the event, but reframe it as part of your growth process.