Ep 344: Compete and WIN Against Your Former Company 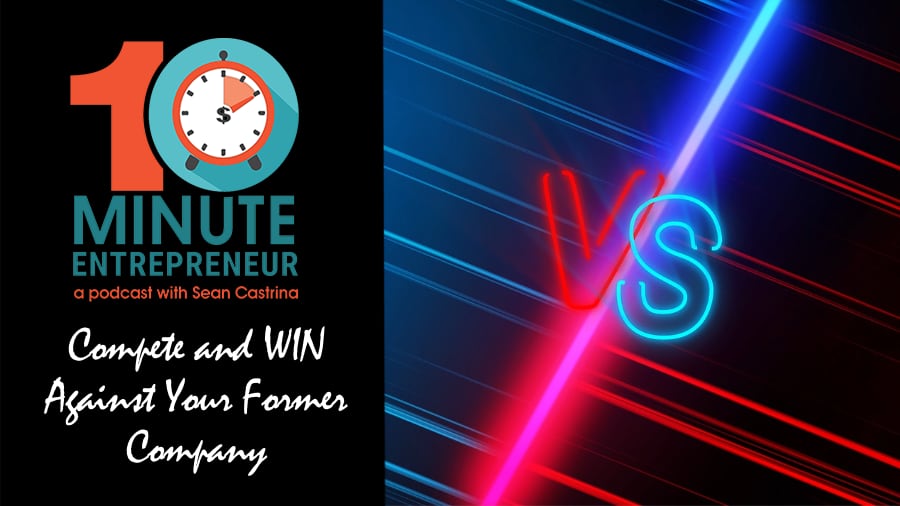 If you have left your employer and looking to start your own business, this podcast is for you. This will teach you how to compete against your former employer and win.

What we’re talking about today is how to compete and win against your former boss and/or former company.

Why am I talking about this? Because if you’re an entrepreneur and you have that need to run a company, lead a company, start a company…at some point, you’re probably going to leave your current employer and start a business that might be quite similar. I get asked all the time how to do this.

One of my business partners was at the top of the food chain of a company which was a very well-known company in our area and was quite valuable to them, and we started a competing company. Now, there’s a few things you need to do. I did try to negotiate a pay raise for him and if he’d had got it (they should have given it to him), he could stay there, but they screwed up and didn’t, so we started our own company which is growing 50% this year.

I’m going to share with you the advice that we followed while we started a competing company. I’m going to take you through how not only to compete, but to win.

Any non-compete, any NDAs, anything you have signed before launching your competing business, you need to understand. Tfirst thing when I partnered with the individual to start our company, was ask if he had signed any non-competes or NDAs.

Know what you can do and what you can’t do. If you have signed, it’s worth spending the money to let a lawyer read them over.

2. Shut Up Until You Launch Your Business

This means don’t go try to hire people from your pre-existing company. You’re going to want to tell people you’re thinking about doing “such and such”. Don’t.

Shut up until you launch your business and don’t try to hire loud mouth people from your pre-existing business that you know, who will tell everybody that you’re trying to hire them. The initial launch needs to be like a nuclear attack: boom! You’re out there! It’s not this slow burn by any means. It needs to happen fast. It needs to be very strategic. So be careful because if you talk too much, there could be a preemptive attack by your previous company to make things more difficult for you.

Kook at your current company and how will you differentiate. Since you’ve worked there, you’re getting some really some good free information.

When we started our company, we looked at how we could differentiate, what we could do better, and where we felt like they were lacking. Go back to the laws of business. Why will customers buy from you as opposed to them? Just because you’re starting a business doesn’t mean people are going to buy from you, so you have to differentiate. How will you be different? How will you be better? Why will somebody want to buy from you as opposed to your previous employer?

4. Be Prepared to Lose Friends and Gain Enemies

I don’t care how close you were to people at your previous company…when you go to start your new company and you didn’t offer them a position, you’re going to lose friends and you’re going to gain enemies.

5. Be Prepared to Go After Every Client 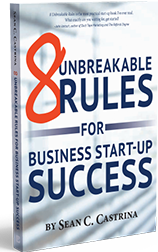