Ep 213: What is a Business Plan and Why You Need it 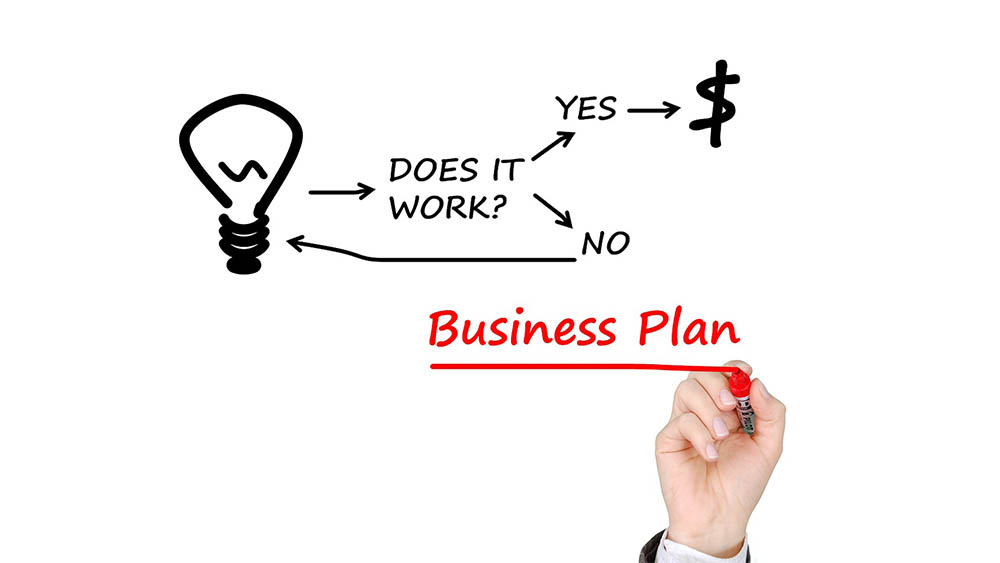 Today we are going over the importance of a business plan and why you need one!

What is a Business Plan?

Let me just give you the definition of a business plan by Investopedia and then I’m going to give you the Sean version.

A business plan lays out a written plan from a marketing, financial, and operational viewpoint. Business plans are important to allow a company to lay out its goals and attract investment.

Alright, let me give you two visuals.

1. It is a road map. If I was going to go on a trip, I would pull up GPS on my phone and I would type in where I wanted to go and then it would give me a choice. Do I want to avoid tolls or avoid highways, etc? How do I want to get there? But a business plan is my final destination and how I’m going to get there. It’s going to provide the necessary direction.

2. I’ve built custom homes, and I’ve built commercial buildings. When I go to build something, the most important thing that I need once I’ve made the decision to do it is a blueprint that will reflect what the final product is going to look like. It contains the needs and what we want in it. It’ll have all the things that will need to get done, what level of mechanical and foundation work. It’ll have a massive material list and fixtures and all the things we will need. If you follow everything in it, you’re going to have a finished house or office at the end of it.

Why Do You Need a Business Plan?

Statistically, it gives you a much greater chance of success.

A clear vision backed by definitive plans gives you a tremendous feeling of confidence and personal power.

It’s great to have a vision of what you want, but when you start putting it to paper, it just becomes a lot more real and a lot more likely. Palo Alto Software founder Tim Berry did a study and at the end of it, he basically realized that companies that completed business plans were nearly twice as likely to successfully grow their business and get capital.

Yeah, you’re, you’re never going to get capital from somebody if you don’t have a business plan unless it’s some family member that you had voodoo power over.

Another study in 2010, by the Journal of Business Venturing, found that business planning increases the likelihood of performance improvement by 30%.

Let me just wrap up one other statistic that I think is really powerful. Small Business Economics found that entrepreneurs who take the time to create a plan for their business idea are 152% more likely to start their business.

So when you take the time to create a business plan, you’re far more likely to follow through with that to actually start it. You’re a 129% more likely to push forward beyond the initial start-up phase.

Well, that should give you a couple of good reasons why you want a business plan! Not only does it give you a greater chance of success, but statistically it helps keep the business going after is starts too!

I’m not going to go into this role hard. I kind of went to that in the first point. If you have a blueprint, you have a map, it’s going to give you the direction you want to take your company.

There’s a book Seven Habits of Highly Effective People, a great book and one of the seven principles is successful people begin with the end in mind, and that’s the same thing with a business plan. If I know what I want my company to look like, I reverse engineer it to create a plan.

This is so critical. It’s going to expose where you have weak ideas. I have business ideas ridiculously often and they all sound really good inside my head, but when I bring those ideas outside of my head and I expose them to criticism and I expose them my business partners, and my confidants and the people that I value, they get crushed sometimes. And I’m happy with that.

Why am I happy about that? Because it means I’m not going to waste money! If my business partners can break apart this business idea, the market place will absolutely decimate it, so it saves me money.

One of the biggest problems I talk about is the Bermuda Triangle of start-up entrepreneurs and where they fail. And the first point is that they fall in love with their business idea and they will not expose it to criticism.

An idea that has not been exposed to your critics is no idea that should be brought to the marketplace.

Our country runs war game scenarios and they play out the scenarios like if we did this, this would be the response, and they lay out what the cost would be. They don’t just run into a war without thinking about the cost, though there are times when it looks like we did. In the second Iraq war, we jumped into it without an exit strategy and that’s been a very expensive endeavor. Let’s compare it to the Gulf War in 1991. We went in with an absolutely precise mission and accomplished everything we set out to do. We freed Kuwait, got their oil fields back, but we never went into Baghdad. Our General Norman Schwarzkopf said we could get in, but how were we going to get out?

They made an assessment. This is what to do in a business plan because you want to expose your weaknesses.

Yeah, we could have probably attacked Bagdad but I’m not necessarily sure how long it would take for us to get out of it and if the cost were worth it. So they never went into Bagdad, unlike the Iraq War, and 17 or 18 years later, we’re still there.

That’s why you do a business plan because it exposes potential weaknesses and you should never go forward on a business if it doesn’t do that.

I think there’s probably a few questions that need to be answered in a business plan but it can range from very, very simple plans to more exhaustive ones. I read one on Amazon that was over three-hundred and sixty pages. My head would explode. I’ve never created a business plan anything close to that in length. By the time I finished that business plan, I would have never got to it.

Some very simple businesses were done on a napkin, and I think there’s probably some lengthy stuff behind it, but the genesis of the idea and laying out some fundamentals was just done on a napkin. Southwest Airline’s founders Rollin King and Herb Kelleherin used a napkin to lay out how you could basically fly to all the key cities in Texas. At the time, you couldn’t do it. It wasn’t affordable for businessmen to do that. They just laid out how this would look and operate and that was the genesis of the business plan and turned it into the most successful airline in the world. The most profitable.

Opera Winfrey, over dinner with Roger Ebert, the movie critic, shared with her on a napkin the power of syndicating her show to stations. Basically, ABC would own your show and you would be an employee of ABC. She flipped that over and syndicated it. And that’s why she’s “O” and has the O network. That’s why she’s a billionaire and that ended up being a billion-dollar business plan, but it was done on a napkin.

So what we talked about today is “what is a business plan?” Very simple, it’s a road map. It’s a blueprint. Why do I need it? Well, it’s going to give you confidence that it will succeed. Why, because you’re going to have a greater chance of success and it’s going to provide for you some direction. And it will expose some weaknesses. It can be as simple as something done on a napkin.

I’m going to give you the three things that every business plan needs to accomplish:

I just wanted to go into the genesis of what a business plan is and why you need it, the statistics of it, and how long it needs to be. It doesn’t necessarily need to be a doctorate degree or an encyclopedia, and it certainly doesn’t need to be three-hundred pages.